Durban South Africa is my home, Africa is in my soul.

...After setting up a life in London working as a display designer for Sotheby's... Africa called to me... I swapped the underground for a surf van, my suit and tie for board shorts and T-shirts.

I'm a surfer in a culturally rich surf City.
A muso in a place with a billion stories.
An explorer on an endless safari.
But more importantly, a designer who can feel again.

One Marketing degree and 6 years as a head designer later.

"Thanks for the innovative design. Change requests have been considered and implemented. Again any time with the designer."
Full review

marketing_toens reviewed about 5 years ago 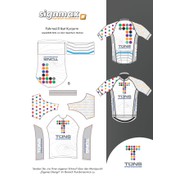