daniel 9vv got their new product label by running a design contest:

Create our new wine label for our old-world wine, and enjoy our wine as a plus!

Vignoble/winery. We make loire valley wines and have a range for various tastes and price-points: white and reds, dry and sweet, simple delicious wines for those who want that, as well as more complex wines made to age.

We need a modern label design for an old-world winery. PROEJCT OVERVIEW The challenge is to design a new identity for a "traditional" vineyard and it's wines, that is moving out of the old-fashioned and traditional way of making and packaging wines, to new, modern and qualitative wine-making, yet still retain the "old-world" charm of France, French wine and in particular our appellation. Project Deliverables: - A new graphic identity to be used for three labels based on that identity THE CONTEXT The winery is located in the Anjou region of france. http://loirevalleywine.com http://www.loirevalleywine.com/regions/anjou/anjou http://www.jancisrobinson.com/learn/wine-regions/france/loire Search "Anjou Empire", Angevin, and Angevin Kings for some history! The region is centered around the town of Angers , on the Loire river, in western France. The winery is located a half-hour's drive south of Angers in the famous wine-making region of Coteaux de Layon. For as long as anyone can remember, the wines of the Loire valley in general, and the Anjou particularly, have generally been known as "inexpensive" or "by-the-glass" wines; the wines of Anjou have a reputation amongst the previous generation/s as beeing simple white wines, and more often than not sweet. Because most of the wines in the region were made by family-run wineries, they were most often not oriented toward "quality" but toward *volume*. However, red wines have almost always been made there: they are light-bodied, fruity, "fresh" red wines. However, things have changed. About 25 -30 years ago soil studies began to be done and it quickly became known that there were very complex soils throughout the region, good for wine-making. Because land was not expensive, good winemakers began to invest the region, the younger generation began to rethink things, and a new generation of quality wines began to emerge. The region has been "re-discovered" in the last 15-20 years, starting with Sancerre in the center of France, and moving out towards the west. Quality and prices are both going up (search for "Savennières", for example), but also many older regions are being used as exploratory terrain by new and exciting winemakers. THE RENAISSANCE This new group of wineries, young winemakers and investors have brought a "renaissance" in wine to the region. Everything about the region's wines are changing, but the names of the wines - historically rooted in appellation names (AOCs) haven't moved, in part if not entirely to protect the history, heritage and production of the old guard. The result is an increasing divergence between the visual "image" of these new wines from those of the old producers, but also a massive gap in pricing and distribution. Some new, good producers http://www.pithon-paille.com/2013-Presentation-du-millesime.html http://www.closdelelu.com/index2.php#27 http://www.domaine-mosse.com/fr/nos-vins/ http://www.patrick-baudouin.com Some examples of new and interesting "modern" labels http://www.vinisat.com/fr/2083-vins-naturels#/region-vallee_de_la_loire/price-9-710 Please see the attached project brief for full details!

daniel 9vv collaborated with designers to refine their ideas This is the second time we have worked with Christian. Very helpful and responsive. Thank you!

nutteraccounts
Choose a design you love and work closely with the winning designer to refine and finalize your design. After that they’ll supply the files needed for print or digital use. Full copyright is all yours.
You’ll get all the image files you need to put your design anywhere. This includes the original, editable file, as well as a preview version you can open on virtually any device.
If you know exactly what you’re looking for, it makes sense to work with an individual freelance designer. In that case, you can search through our designers’ portfolios and find your perfect match.

Millennial's and people within the 28-48 age market, mostly food oriented individuals who live urban cities. We are tryi

Our target audience is a male/female between 20-65 yrs of age. The brand is created for the East European and Asian mark

Health conscious customers of any age or gender

Design a label for Vodka Bottle

All vodka drinkers. specifically followers of Cricket and Ice Hockey.

Design a stunning sleeve label for our keto cake product!

Professionals aged 20-70 and into a “healthy and fit” lifestyle. People with dietary restrictions like diabetics and gl

People 21+ who enjoy consuming their THC in a nice cool beverage. Mostly 20s and 30s, but can be all ages. Male and fema

To clean the grates on your bbq. 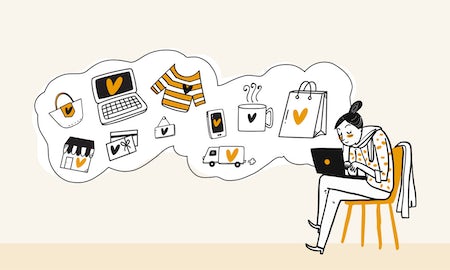