SmartApps got their new print or packaging design by running a design contest:

The book is a satirical view of the campaign process in general, and Obama in particular. Different elements that could be included in the design, in order of importance: 1. Caricature (or photo, if public domain) of the White House 2. Silhouette (from behind) or caricature (from front) of Obama with fingers raised in "V" (for victory pose) like the classic Richard Nixon pose 3. The big black "Death Star" bus Obama used on his bus tour The cover could include more than one element above (i.e. bus in front of the White House, or Obama in front of the White House) Please do NOT use a photo of Obama in the cover design, and do not include copyrighted work that you don't own the rights to (i.e. don't steal someone's cartoon) Completed project must include a layered PSD, so I can adjust the elements as needed, including changing the title.

SmartApps collaborated with designers to refine their ideas

We are a political party that is targeting voters for the upcoming election in Western Australia.

Do you believe your design can spark change for millions of lives?

DESCRIPTION: I have a blog that discusses subjects such as sex, religion, politics, COVID-19, etc. I combine my mathema

Design a logo for Stand Up California! campaign

Civic Pride Campaign for the city of Minneapolis, MN -USA

A civic organization/coalition focused on supporting the downtown business district in Minneapolis, MN -USA. After COVID

Logo to inspire women to run for office

Project Elect is an organization to educate and encourage Mormon women to run for political office.

Represent an Alaskan District in the state Legislature

Logo for a political podcast gameshow

This is an idea for a podcast/youtube political gameshow about getting outside of our news bubbles. It is political so i

This will be for my future US political career. I am a liberal who flirts occasionally with libertarianism. I primarily

Everything you need to know about trademarking a logo

How to sketch a logo: a professional's guide to logo sketching 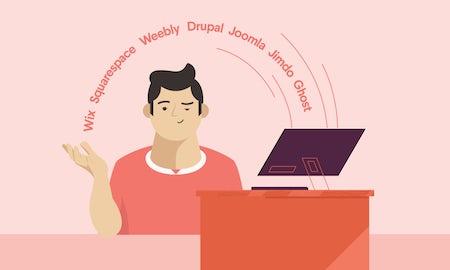