Drymr got their new poster by running a design contest:

BadRad Studios is a startup with a focus on good storytelling. From comic books to video games, we have a lot to say and look forward to saying it!

I've written a comic book series in which a fictional government organization called B.O.S.S. (Bureau of Superpower Surveillance and Enforcement), uses super powered people to stop bad super powered people from committing crimes. I would like a B.O.S.S. recruitment poster designed, sort of like an army recruitment poster, to attract new recruits to enlist in B.O.S.S. I have included a character from the comic, a member of B.O.S.S., to be used in the poster, as well as the B.O.S.S. logo. There should be wording in the poster that says... "Do you have the power? Join the Bureau and become a B.O.S.S. today!" In small letters at the bottom of the poster it should say... "*The "E" is silent." I would like to see what people come up with on their own but the idea I had in my head is similar to the attached Captain Marvel poster, where she has her symbol in the background. In the B.O.S.S. poster, the B.O.S.S. logo can be in the background. The poster should be portrait orientation and the same aspect ratio as the attached psd file.

If you feel the poster would look better if you zoomed in on the character instead of showing the whole body, that's ok to do.

Drymr collaborated with designers to refine their ideas

Amazing experience! ABU876 is very talented and easy to work with. He made as many changes to the design as I asked without complaint. A pleasure to work with.

Drymr
Choose a design you love and work closely with the winning designer to refine and finalize your design. After that they’ll supply the files needed for print or digital use. Full copyright is all yours.
You’ll get all the image files you need to put your design anywhere. This includes the original, editable file, as well as a preview version you can open on virtually any device.
If you know exactly what you’re looking for, it makes sense to work with an individual freelance designer. In that case, you can search through our designers’ portfolios and find your perfect match.

We run outdoor gaming events around the world

I AM Studios is a film production company based in Sacramento, CA. We are dedicated to creating diverse, unique and comp

I'm a writer/director looking for a movie poster for my new short film.

Design a Movie Poster for a Crime Drama

Design a Professional Movie Poster that will be distributed worldwide!

It's a teen comedy movie. Here's the logline: After a disastrous night out, Aiden drags his roommate, Lincoln, to his h

We create outdoor adventure games for groups of friends and family.

This is for a logo/text treatment and poster for a Motown-themed circus show. 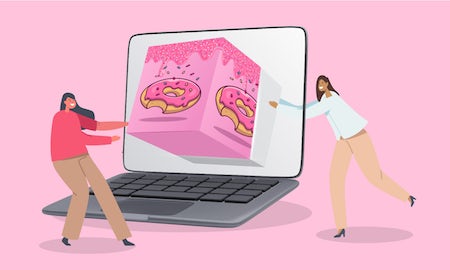