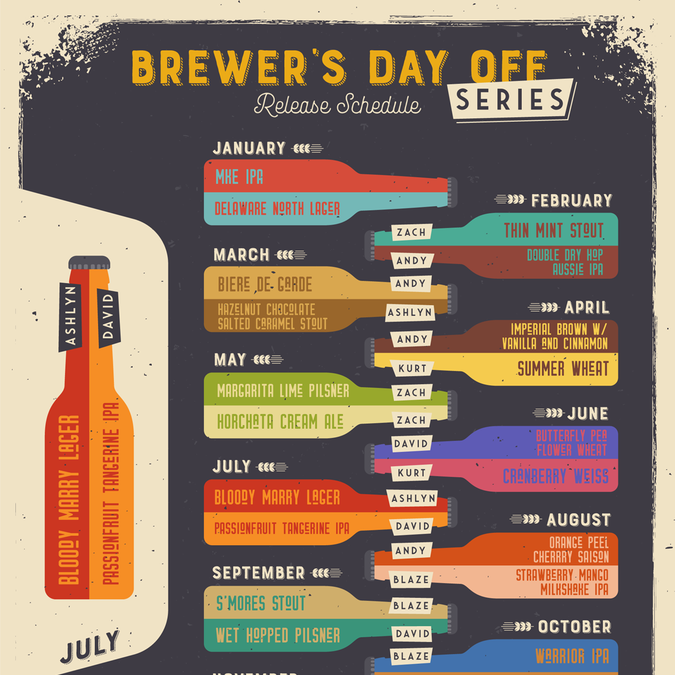 Huhnej31 needed a new poster design and created a contest on 99designs.

A winner was selected from 14 designs submitted by 5 freelance designers. 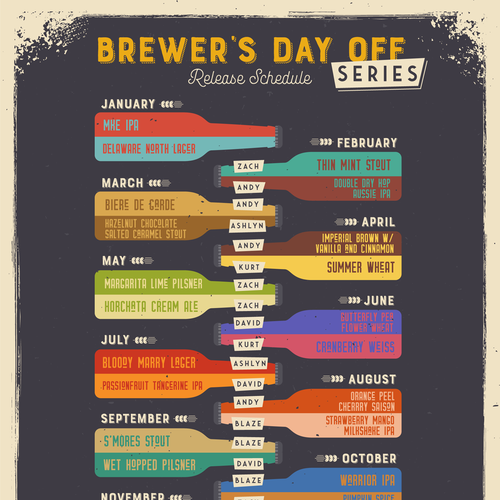 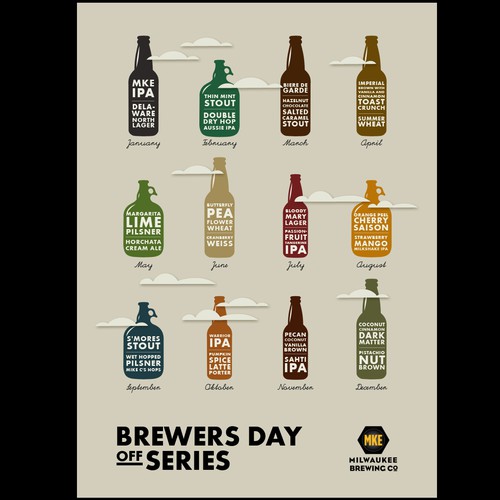 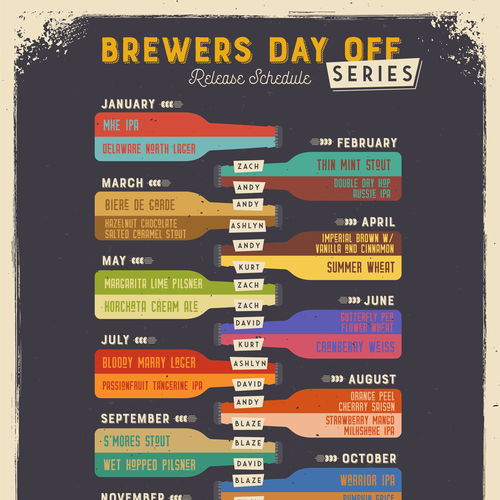 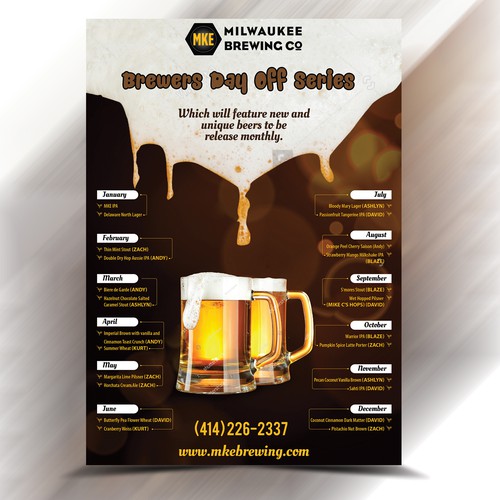 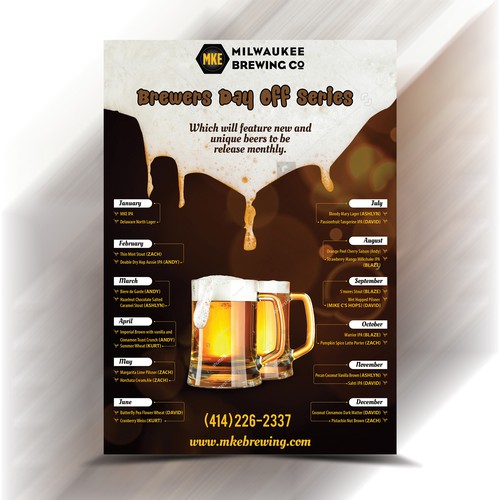 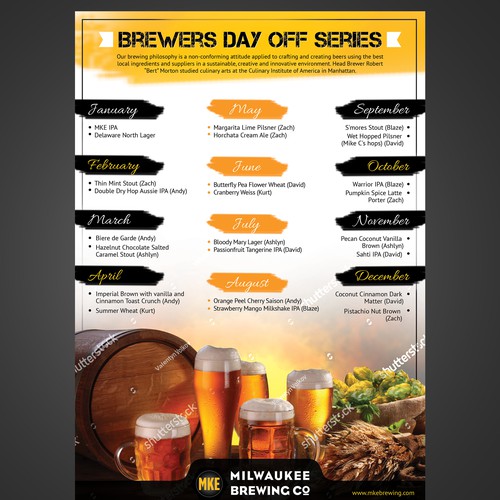 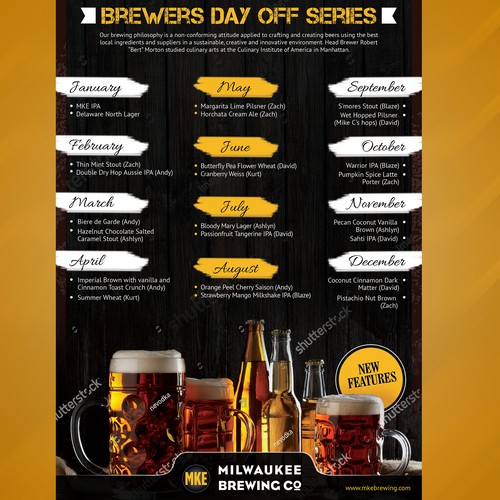 Winner - JansDesign
Jan is excellent to work with and brings great recommendations to the table.
- NationalParkTrust

Finalist - tündérke
Tunderke is one of the most talented, creative designers we have worked with. She is also very responsive and reliable. Thoroughly recommend working with Tunde.
- hellokh

How Huhnej31 started their poster journey

We brew and sell craft beer in Milwaukee, WI to beer drinkers and enthusiasts.

We are creating a new beer series called the, "Brewers Day Off Series." Which will feature new and unique beers to be release monthly. I need a poster designed to display the monthly releases listed below. Looking for a fun, unique craft beer concept. Full creative room for design and fonts, but must be readable and include logos.

Looking for a clean design that stands out. http://www.mkebrewing.com for reference.

A nice interesting poster
299 US$
We are manufacturing Gourmet treats, a complete lineup of delicious treats, packed in nice container or warped as a s...
26
entries
7
designers
Catering Poster
$199
We are a Peruvian Rotisserie Chicken Joint. Specializing in authentic Peruvian cuisine in an eco-friendly atmosphere....
25
entries
8
designers
Uncle Sam poster: I Want You to Drink American Expeditionary Coffee
USD 599
We sell military-themed coffee brands to patriotic Americans....
148
entries
29
diseñadores
Bunny's Favourite Cake Recipe Illustration
US$199
illustration of my own recipe of Carrot cake...
10
entries
5
designers
Design a fun but sleek poster for nutritious food product
US$199
We are a food processing firm...
27
entries
12
designers
Ramadan cooking show TV
199 $US
Tv show in Ramadan...
34
entries
11
designer graphistes

We saved a spot for your poster contest.