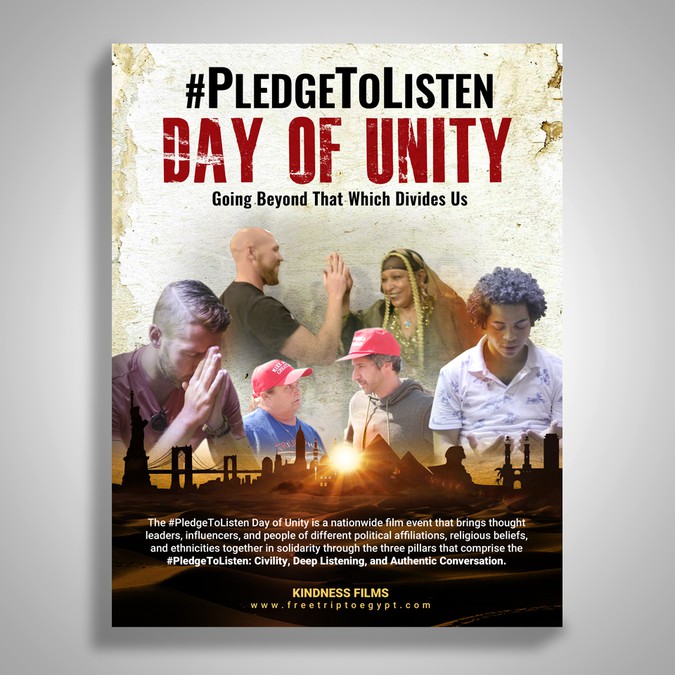 Cover Page/Poster of an important event

tamk needed a new poster design and created a contest on 99designs.

A winner was selected from 126 designs submitted by 33 freelance designers. 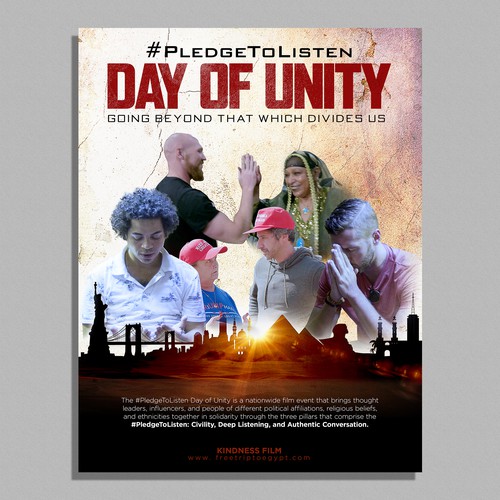 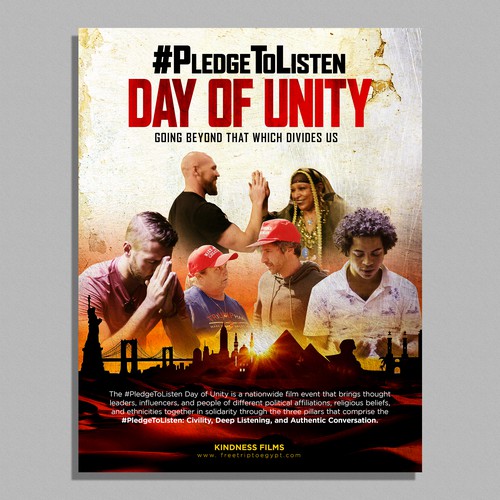 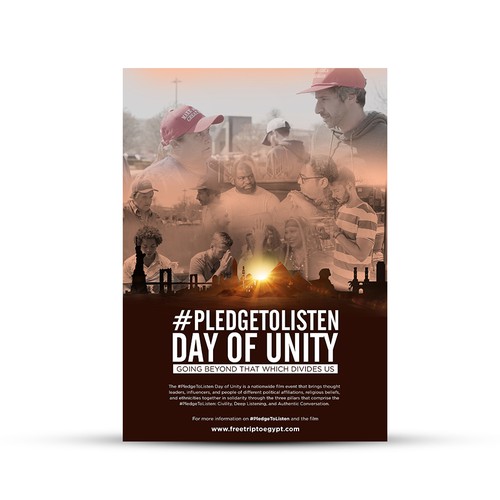 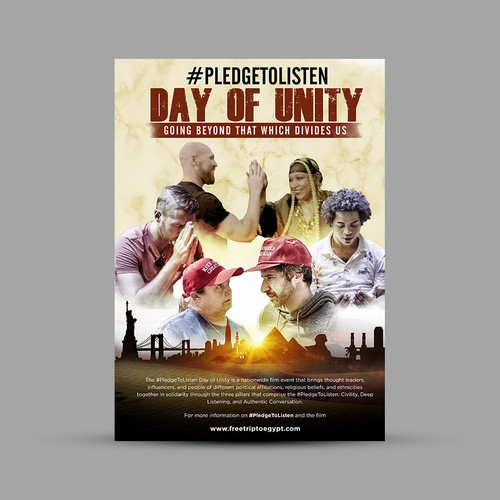 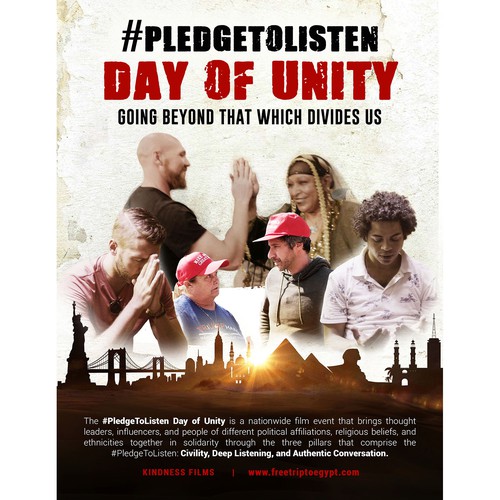 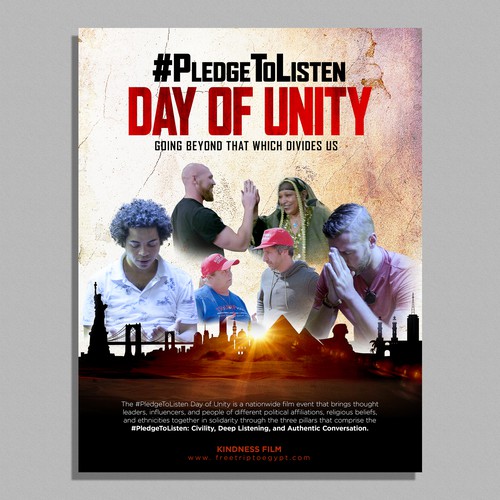 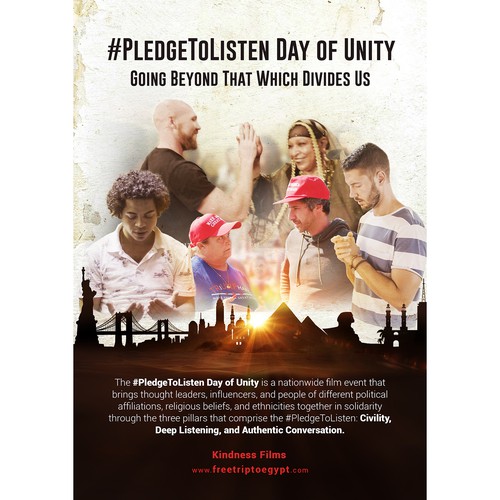 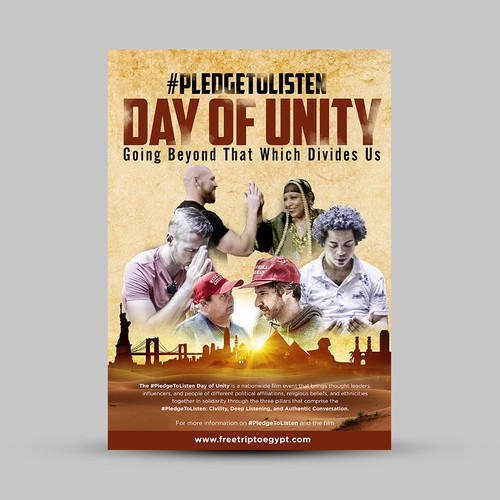 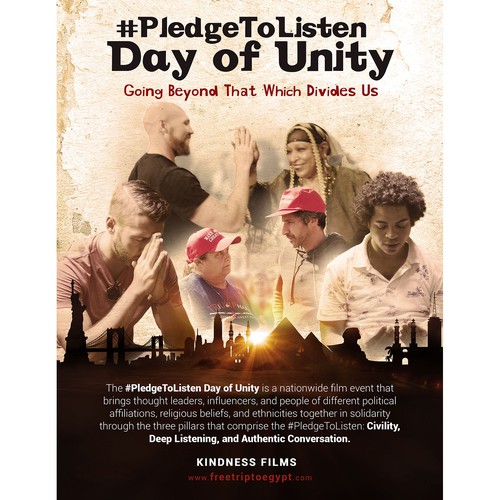 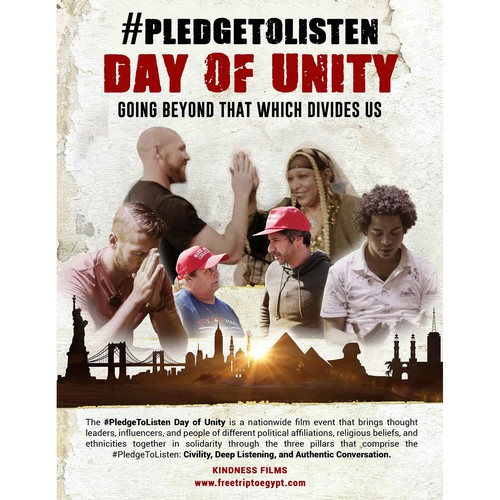 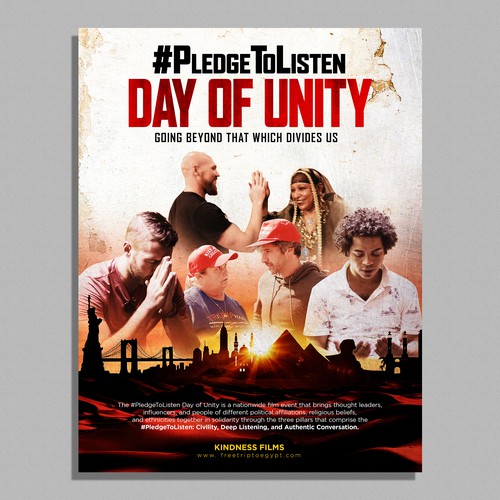 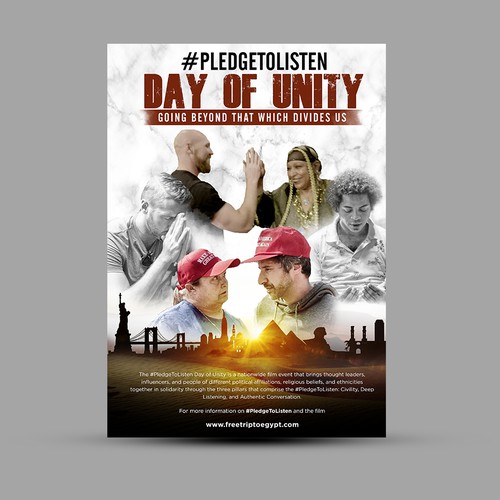 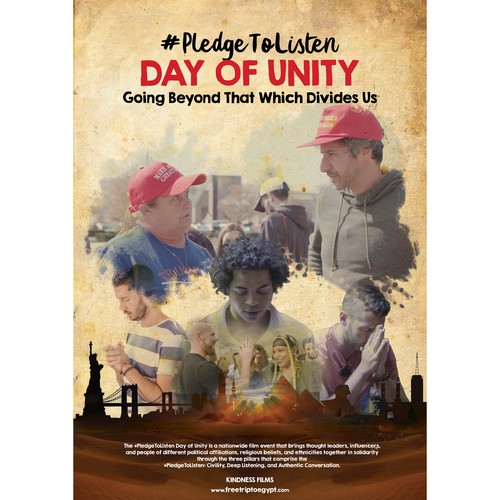 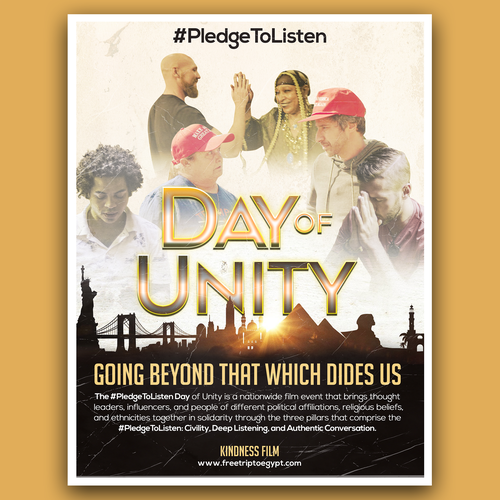 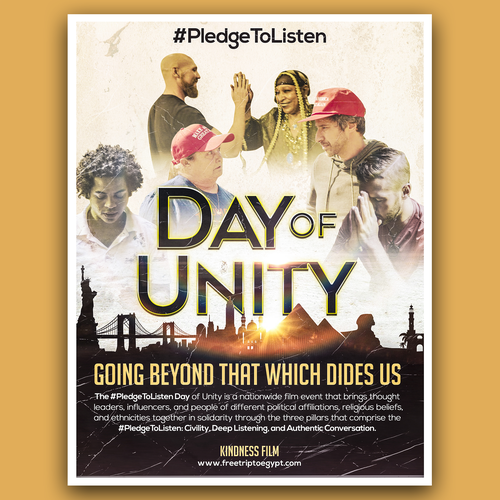 How tamk started their poster journey

We are a film productions company creating films to bring people together and create more listening and harmony in the world.

We want to create an A4 cover-page for our event which is called:
#PledgeToListen Day of Unity
Going Beyond That Which Divides Us

The #PledgeToListen Day of Unity is a day where we are bringing people with diverse political views and religious beliefs together to stand in unity. The event is happening in the United States.

We need the following text on the poster:
------
#PledgeToListen Day of Unity
Going Beyond That Which Divides Us

The #PledgeToListen Day of Unity is a nationwide film event that brings thought leaders, influencers, and people of different political affiliations, religious beliefs, and ethnicities together in solidarity through the three pillars that comprise the #PledgeToListen: Civility, Deep Listening, and Authentic Conversation.

------
The poster should convey a hopeful, dynamic message that attracts people from diverse backgrounds.
-----
The event will culminate in the screening of a film called "Free Trip to Egypt" and the pictures are stills from the film. Feel free to add other pictures or graphics that add to it.
For more information on #PledgeToListen and the film, see http://www.freetriptoegypt.com
----
I have also added the draft presentation of the event. Your poster/A4 would replace the current slide 1. The rest of the slide package will remain the same (same look-and-feel)
---
I think it would also be good to include the background image I uploaded to maintain the same look-and-feel

We saved a spot for your poster contest.

Get started now
Poster Design for Solo-Theater Show about the golden 20's of the last century
179 €
VERY IMPORTANT - FIRST: +++Today we working on the first poster to announce the project without any dates or locations.
26
entries
9
designers
Poster Design for private cinema
€269
We're a small hotel 1 hour south of Berlin/Germany. We opened end of 2015 an just launched a small private cinema for ou
102
entries
21
designers
Eyes and Glasses Wellness Poster
209 CHF
Augenoptiker (optician/optometrist) advertisement for beautiful glasses combined with healthy eyes
65
entries
28
diseñadores
Plakatdesign für Weihnachtskonzerte der Big Band
549 €
Konzertbesucher
40
entries
15
designers
Poster for 10th anniversary Festival Party
€179
We are an Event Agency from Germany who manage a lot of different events. We organize public and business events at our
11
entries
6
designers
Albumcover
€179
English: The Music I make is done by my self with personal taste according I to my current age and background wich ist 3
57
entries
14
designers
Learn more about poster design
See how it works