Arcade City got their new logo design by running a design contest:

Ridesharing startup Arcade City needs a new logo and web design! Arcade City connects riders and drivers peer to peer in an open marketplace. Today disrupting Uber, tomorrow disrupting AirBnB, then everyone else after that! We need a new logo, both with and without text, as well as one stand alone “Arcade City” text that may be used without the lockup in several occasions. Brief background: Arcade City was born a bit more than half a year ago in order to compete with centralized giants Uber and Lyft by decentralizing ride sharing, empowering drivers, and by offering better and new features to the consumers (=riders). Arcade City have accumulated a relatively large following in a short amount of time, at almost zero budget. Publicity has been huge, but it’s been mainly driver-oriented, and so far the image towards consumers (riders) has been colored by the media describing us as a "black market", which sounds scary! We need our image to emphasize fun and playfulness, while professional. Target group: - Consumers (=riders) that needed a ride in the past and/or will need a ride in the future. Core age group: 16 – 60 years old, basic minimum hh old income, smart phone users - People (=drivers) that have driven for cab companies, Uber or Lyft, and/or consider to drive for ride sharing companies in the future. Core age group: 18 – 65 years old, no income restrictions, trustworthy (need to pass background checks) and service-oriented Market: The market is mainly dominated by Uber and Lyft, but several smaller players have been entering the market. Other important insights/goals: The designer should keep in mind the goal that Arcade City is “growing up”. While Arcade has created a massive driver following in a short period of time, the next phase will need to incorporate the consumers (=riders) much more. Arcade City wants to continue to be perceived as the more nimble, decentralized and driver-supported player in the market, but Arcade City wants to achieve a new level of trustworthiness, positive reputation and image that attracts consumers of all age groups, heritage and income levels. The designer needs to keep this in mind and convey that message and ambition visually. Attached below you’ll see our current logo (colorful map pins) and a purple/blue/teal cityscape we want to use as a base for the color scheme and visual identity. Like a beautiful, colorful, neon city lighting up the night. We like the concept of our existing logo: the map pins doubling as joysticks — looking like an arcade while also looking like a city map with a navigation pin stuck in it. But now we want to simplify it, probably to just one square or diamond with one pin sticking out of it. We will want an image that includes the text ‘Arcade City’ along with the logo, and an app icon that just has the diamond/pin image standalone for submission to the app stores. Please make sure you include your favorite font suggestion(s). So far we like Gotham Rounded. The logo should exude character, fun and intrigue — with a color scheme and visual impact similar to the cityscape below — like the centerpiece of a neon city, lighting up the night. Feel free to be creative!

Arcade City collaborated with designers to refine their ideas

Sagitar
Choose a design you love and work closely with the winning designer to refine and finalize your design. After that they’ll supply the files needed for print or digital use. Full copyright is all yours.
You’ll get all the image files you need to put your design anywhere. This includes the original, editable file, as well as a preview version you can open on virtually any device.
If you know exactly what you’re looking for, it makes sense to work with an individual freelance designer. In that case, you can search through our designers’ portfolios and find your perfect match.

It is a reusable seat cover for airplane seats and reusable tray table cover.

Dragon Point Villa is a hospitality business. Our property is a modern-style luxury vacation villa rental in Fallbrook,

Kings Cave Campers on the ISLAND OF ARRAN

Travel agency. Clients are savvy and sophisticated. They enjoy a glass of great wine and avant garde music. Also explo

Capture the spirit of exploration of the outdoors

'Overland' is vehicle-based exploration in hard to get places. Think old land rovers in Africa. Our target market is p

Design a logo for an exciting new Travel app

The app will be used by traveller to help plan their holidays, store their travel documents and buy extras like attracti

we are a bed and breakfast located in a beautiful valley setting. We have lake access for canoeing and kayaking. I am

Design Logo for a Historic Boutique Hotel & Mixed Use Development

Historic Mill located on the banks of the Chattahoochee River in Columbus, GA that is being converted into a mixed use d

"La Salvadera" (spanish for Sandbox) is a vacation rental home in West Palm Beach, Florida. It's a 100 year old Spanish

The company provides Wim Hof and Nature inspired workshops and retreat holidays in the forests of Northern Sweden. The

Based out of Cape Town, we offer affordable, customized, small group tours of southern africa. We are %100 African owned 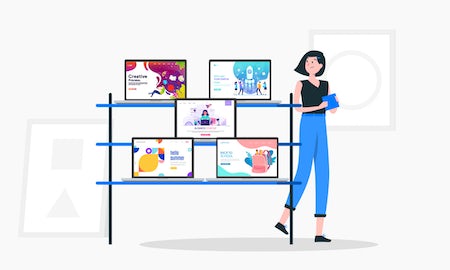 Comparing the 7 best free website builders: which is right for you?

How freelance creatives are thriving in 2020

Design Without Borders 2020: the takeaways