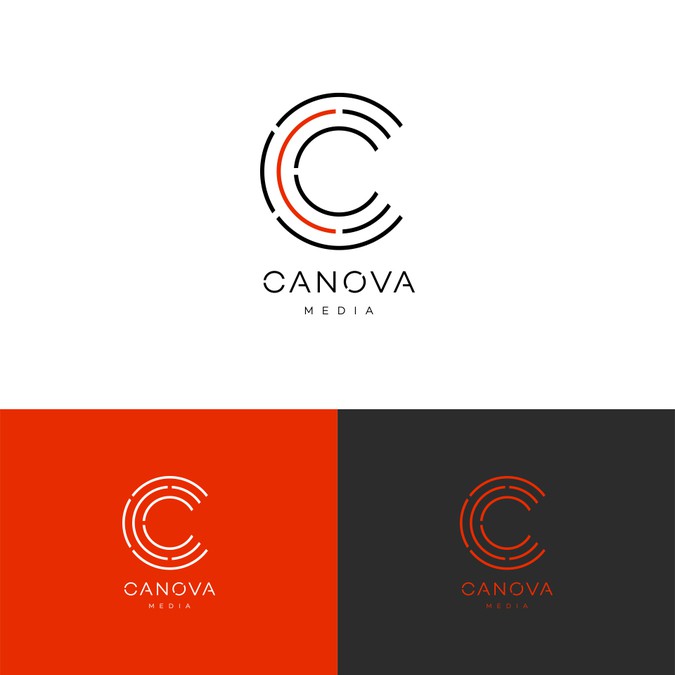 brentF needed a new logo design and created a contest on 99designs.

A winner was selected from 83 designs submitted by 34 freelance designers. 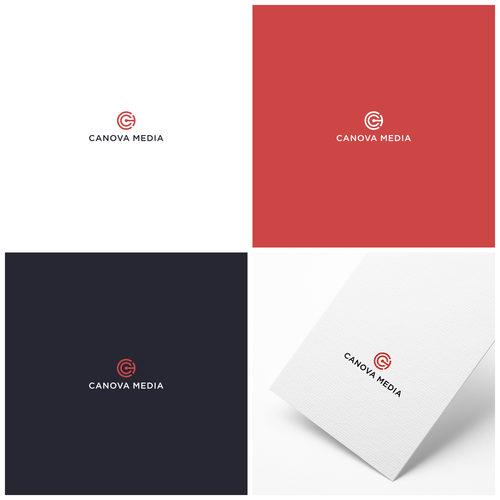 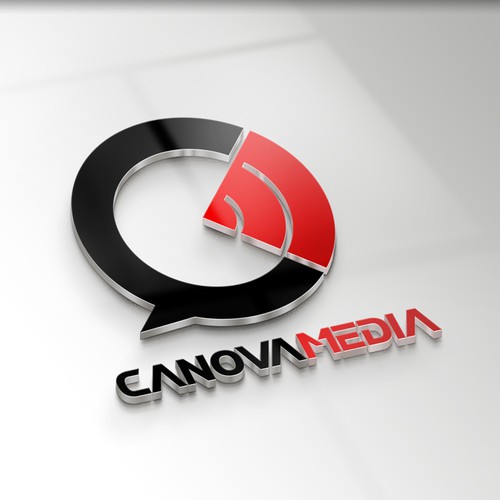 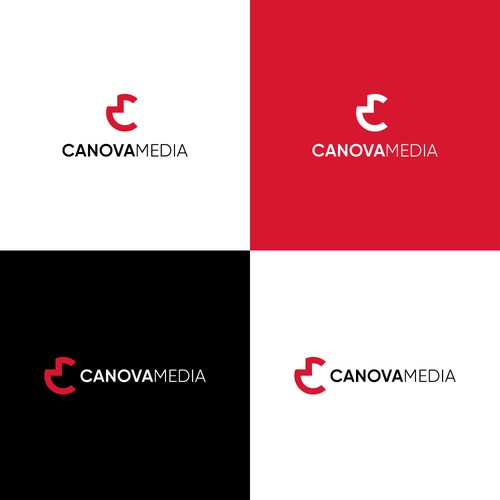 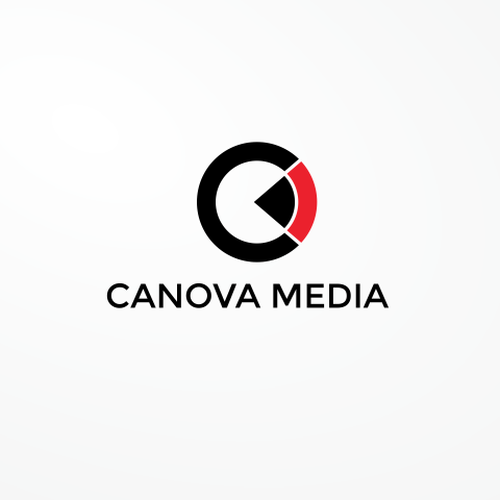 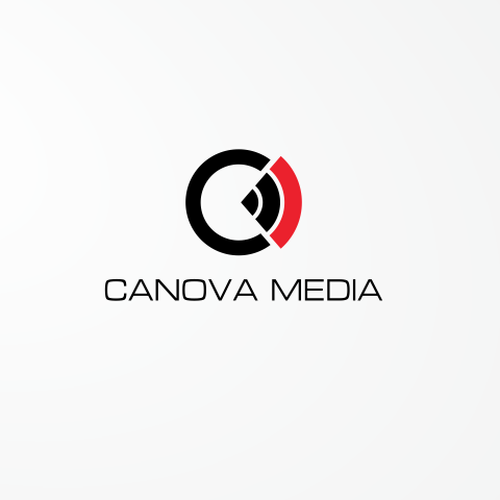 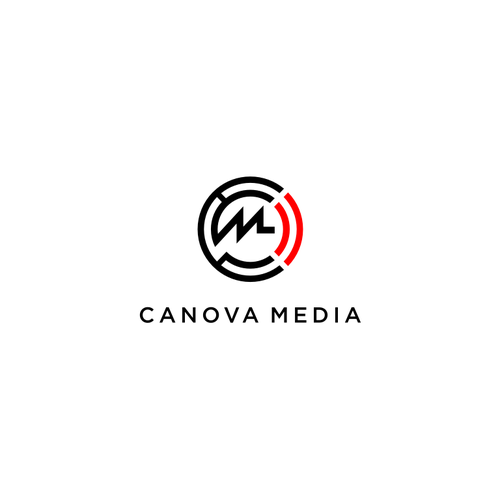 Winner - sakitperut
Through the entire creative process, sakitperut has implemented our basic requirements into his own ideas. With our many new requirements through the contest, sakitperut was always the first designer who immediately understood our wishes and uploaded new versions & ideas. Apart from the incredible creativity, we want to emphasize the professionally communication, which has helped us through the whole contest. A big thanks to sakitperut!!! We are looking forward to our next project with you! Best regards Marko
- MMLC

Finalist - Knupi™️
Very professional and creative design. The entire experience was great. I'll definitely seek to use this designer in the future.
- ksmbi.llc

Finalist - yuvvoo_
Another great job! Will use again.
- Anonymous

Canova Media is an entertainment production company dedicated to producing branded social media content. We work with brands and agencies alike to tell compelling stories, directly to their audiences. Driven by our passion for the age-old craft of storytelling, we believe that a well told story has the power to influence, inspire, and ultimately provoke change in the world.

Canova has produced meaningful, story-driven content for some of the world’s most respected brands including Pepsi, Samsung, Tim Hortons, Baileys, Aol, Canadian Tire, Movember, and Microsoft. Our branded content initiatives have earned our clients coverage on CNN, Huffington Post, Adweek, and hundreds of other outlets around the world.

Canova's films have been honoured by the Academy of Television Arts and Sciences, and have also been showcased at the Toronto International Film Festival, SXSW, and on the CBC.

In short...we love what we do.

We are looking forward to connecting, and telling your story.

I would like to build off of the existing logo (http://www.canovamedia.com). Please use it as inspiration. I would like the new logo/word-mark to be somewhat recognizable, for those who have become familiar with the existing logo over the years. I'm considering this a "refresh" and looking for some innovative ways to modernize and elevate the logo and word mark. I have attached the existing logo.

Entertainment Production Company Needs A Logo
$299
Television and Film Production Services
82
entries
31
designers
Playground equipment company
$499
This logo is to be for my small business rebranding. My company name is Alnwair We manufacture and sell playgound equipm
315
entries
47
designers
Create a cartoony logo for a theatre school
€ 449
My brand’s target is 30/40 years old people willing to invest their downtime after work in a creative activity. The Ent
89
entries
23
designers
Drop it likes it POPS
US$299
We are a dance studio that incorporates all types of dance from classical ballet to hip hop. We will also have a clothi
248
entries
61
designers
Kaliman Records seeks iconic logo
$899
Record Label. The music is bluesy, rock n roll with a modern, futuristic twist. The target audience will crossover bet
49
entries
21
designers
A Viral Video morning show - The Morning Laughter
499 US$
The Morning Laughter is the long-form content branch of BestVines Media. The show can best be described as a 3-5 minut
90
entries
18
designers

Get started now
Foodie Podcast Needs Fun SHOW COVER IMAGE
$299
Kitchen Scene Investigator is a podcast for food, wine and hospitality enthusiasts. It is hosted by a trained culinaria
46
entries
11
designers
NEON EMPEROR - Reign with a burst of color!
USD 299
a new lifestyle magazine for men - travel, sights, restaurants and events - all bursting with color and neon style
60
entries
22
diseñadores
Speculative Lit blog needs lovers of Scifi and Fantasy to tell a story in design
US$499
Starting a hobby blog (using Storytime Pro on Wordpress.org) showcasing my work writing speculative fiction, poetry and
27
entries
7
designers
Sparq A Revolution!
$299
We will be organizing events to bring people together centered around meeting and engaging with new people and forming m
156
entries
51
designers
“Power Music Group” Need eye catching logo
$299
We are a company that mange music producers we want to target music placement, for commercials, movies, anything that ha
103
entries
31
designers
Design a Logo for an Unsnobby Book Blog
$299
We're a blog that publishes book reviews and book-related content for people who read for fun, not to be snobs. Casual w
37
entries
18
designers