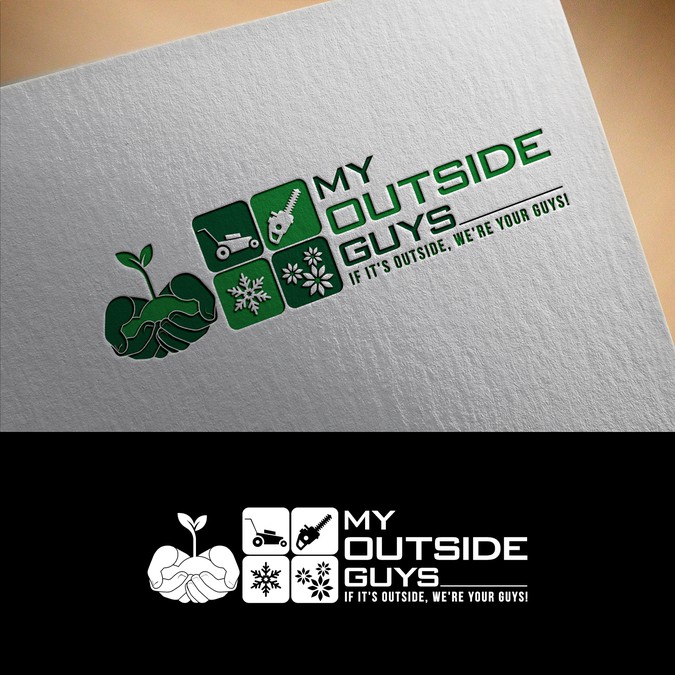 Nathan K. needed a new logo design and created a contest on 99designs.

A winner was selected from 77 designs submitted by 12 freelance designers. 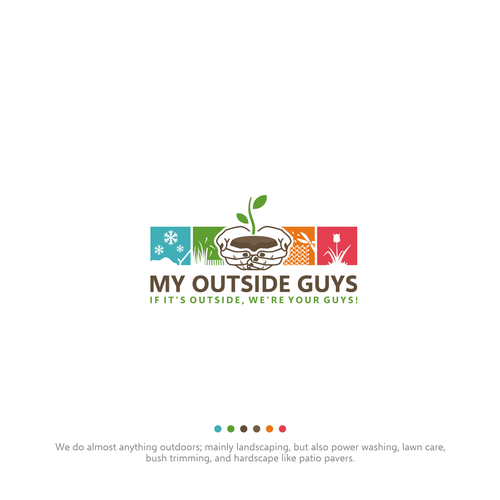 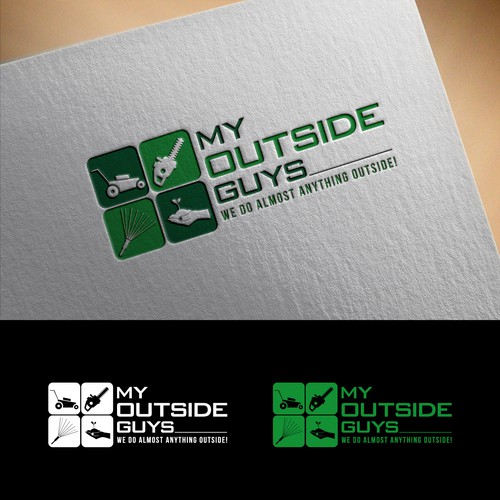 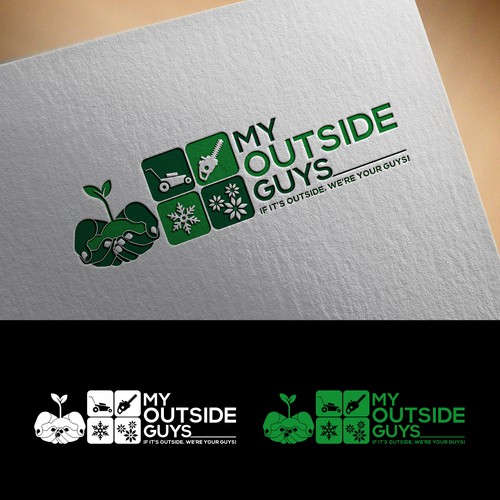 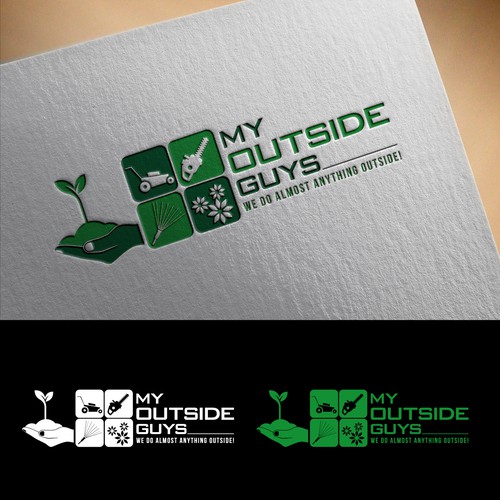 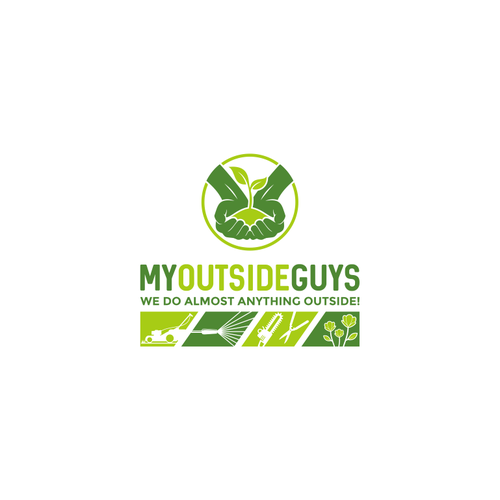 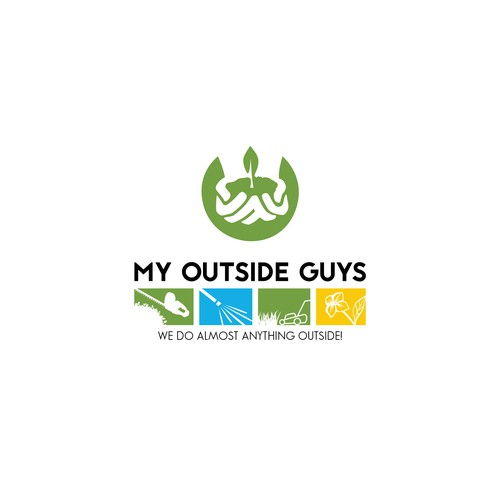 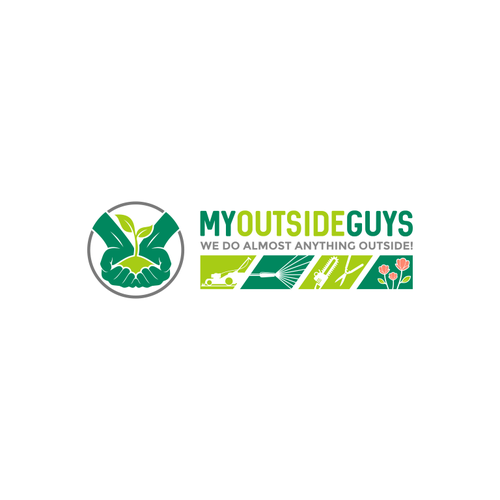 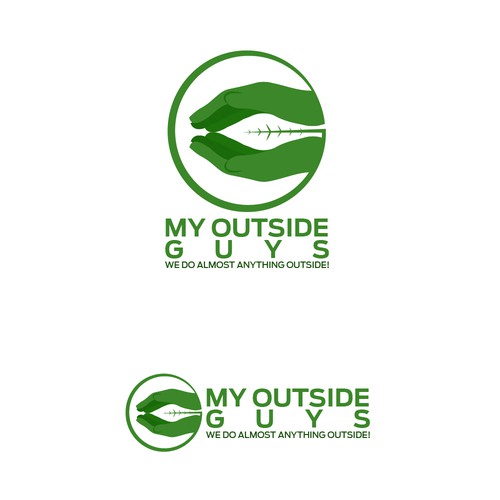 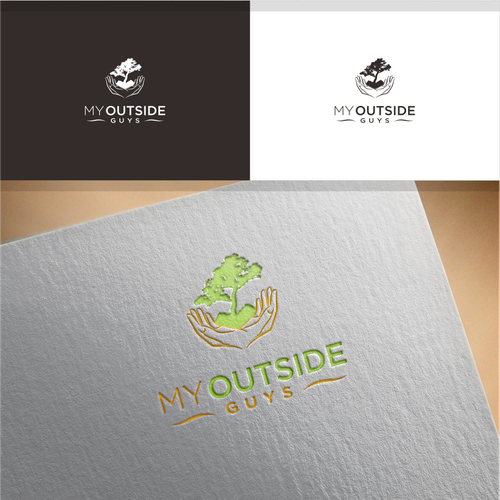 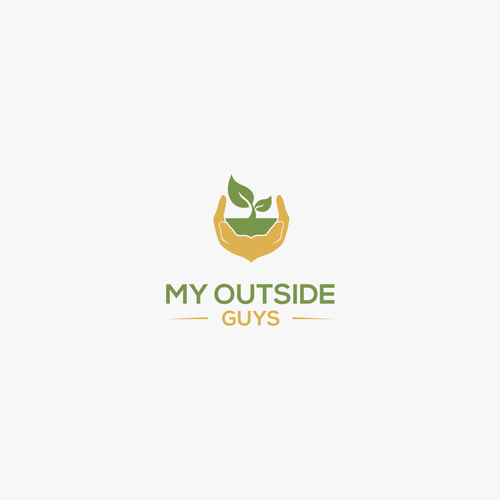 Finalist - Marsha PIA™
Marsha PIA provided tons of great ideas and she responded quickly to my suggestions and requests. I'm super happy with the creative work that I received!
- Anonymous

We do almost anything outside!

We do almost anything outdoors; mainly landscaping, but also power washing, lawn care, bush trimming, and hardscape like patio pavers.

I would like the main logo to be two "traditional looking" hands holding dirt with a sprout coming out (see attached flat icon for a rough idea) along with the business name incorporated. This logo is what I would use for embroidery- the flat icons would be on my digital media, business cards, t-shirts etc.

While the main logo will be the two hands holding dirt with a sprout, I would also like flat designs for the following: mowing, power washing, bush trimming(the icon i have is a tree, I would like hedge trimmers and a hedge, not a tree) and a flower.

I found a designer on here that I like- I have attached 2 of her logos I like the most... I especially like that she incorporated the group of individual flat icons as a part of the overall 'PRIME' logo. This is similar to what I am thinking for having the one main logo (two hands holding dirt with a sprout) and the four flat icons to represent the services listed above.

I have attempted to make my own- but they need a professional touch- or start from scratch.

Landscape company needs a clean modern logo
$299
We are a landscape install company in Malibu...
92
entries
41
designers
Family business - landscape construction logo
$499
Our company has three parts: a nursery, landscape construction, and landscape maintenance. We serve mid to high-end cust
164
entries
29
designers
Logo Needed for Outdoor Gift Company that Sells Garden Fountains, Wind Chimes, Gifts, & Garden Decor
299 $
What name do you want in your logo? JKworthy.com What icons/symbols do you want in your logo? do not have anythin
134
entries
26
Designer
Emphasize our name and create a sopisticated, professional logo that demonstrates our work is outdoors
299 US$
landscape/lawn maintenance company mostly working residentially, but hoping to expand commercially
84
entries
18
designers
The Urban Gardener in San Francisco needs a sophisticated, dope logo worthy of our elegant City.
499 US$
The Urban Gardener is based in San Francisco CA. We are Licensed Landscape Contractors who specializes in Garden Mainte
140
entries
36
diseñadores
Design Logo for New Lawn & Pest Company
US$499
We Do OUTDOOR Lawn & Pest work! We DO NOT do indoor pest control. 1. We make lawns and ornamental plants, flowers and
75
entries
24
designers