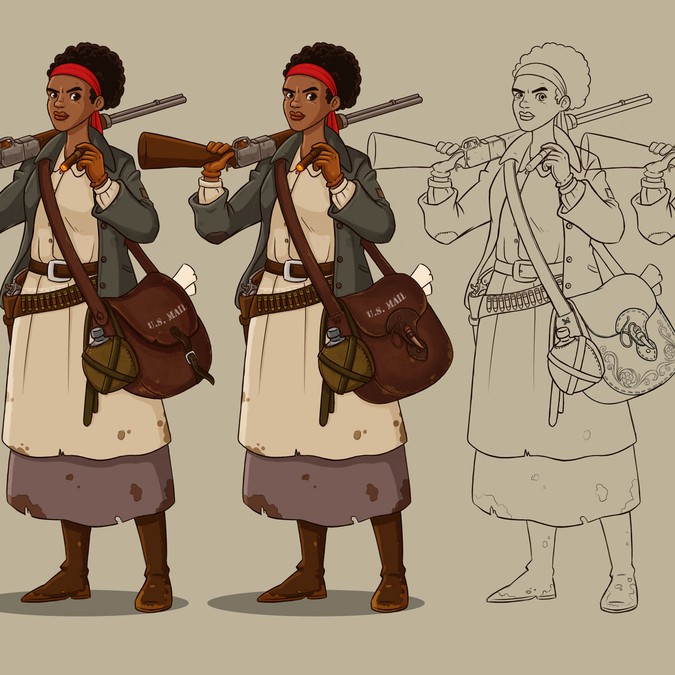 nickfera needed a new illustration or graphics design and created a contest on 99designs.

A winner was selected from 128 designs submitted by 27 freelance designers. 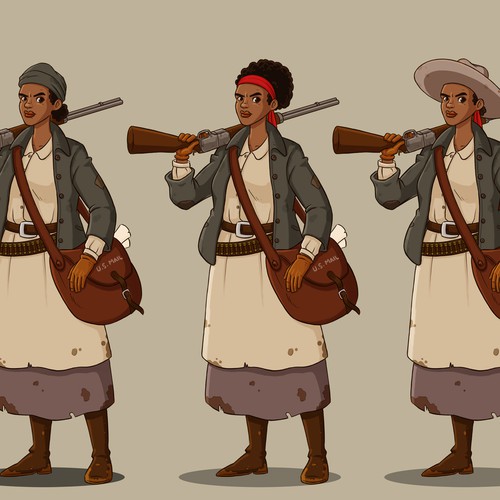 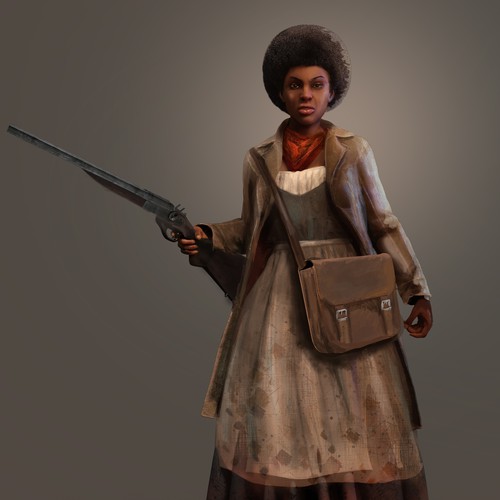 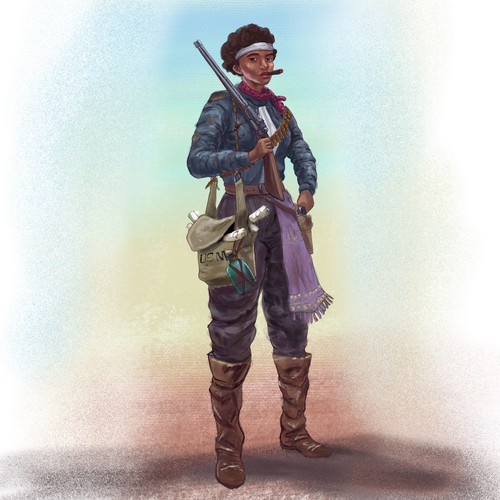 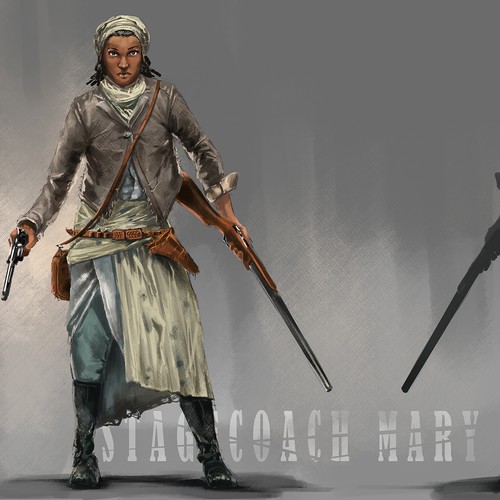 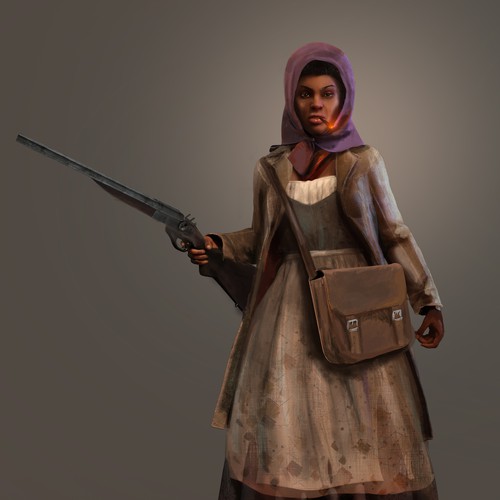 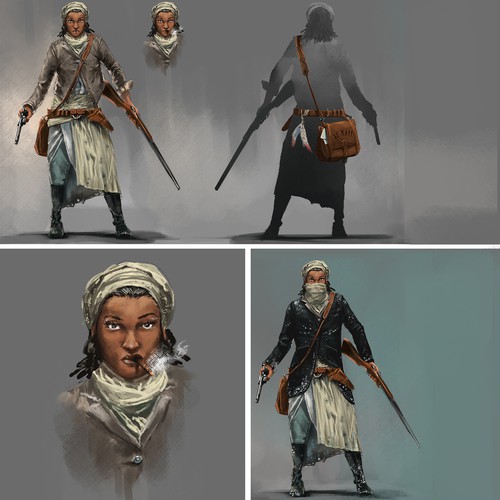 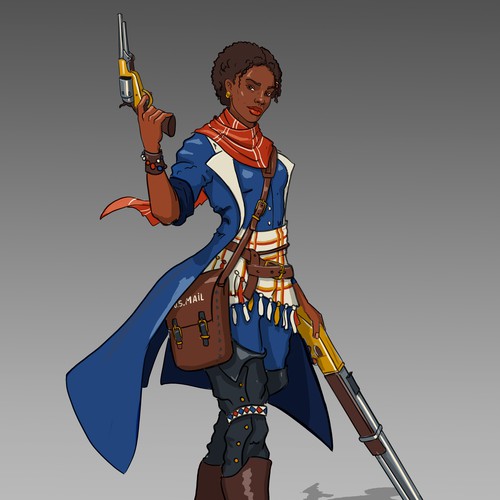 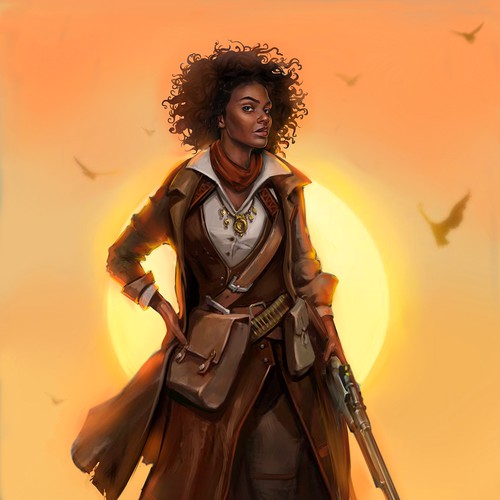 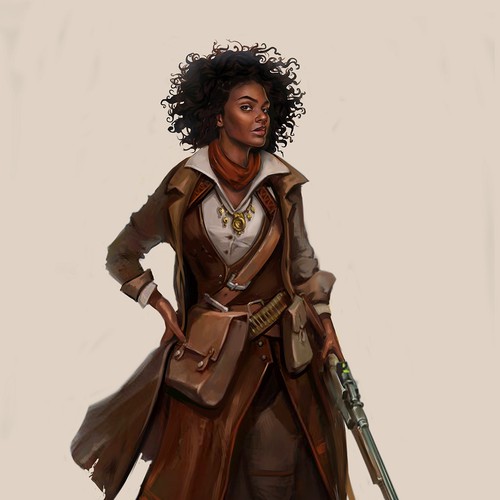 Finalist - tonkatuph
Really excellent dealing with this designer. So responsive and quick to make changes.
- chrisfed

Finalist - Buddhiartz
Buddhiartz not only has a great artistic style, but goes above and beyond in his work to focus in on the perfect design. Highly recommend and hope to work with again soon!
- nickfera

How nickfera started their illustration or graphics journey

I am a writer looking to create an animated series based on a historical figure. My educational background is in History and Classics, but I have predominantly worked in film and television. Currently, I am in the process of putting together a pitch document for the project and looking to include art that will reflect and expand my vision for the series (pdf included, but please be aware that it is a living document and not complete). The target demographic is 18-35.

Please look to the pitch document for inspiration (see "Attachments" section). The art should be inspired by and rooted in what is laid out there, but you do not need to draw an image specifically described in the document. I do not have a set image or style in mind for this so please feel free to let your creativity run wild. The time period is late 1800s and the location is Montana — this is the Old West as seen in Western films like those of John Ford and Sergio Leone. However, it will not be a straight historical piece as it will incorporate elements from African-American folktales and Native American mythology, which more closely aligns this with the “weird west” genre.

The hero, Mary Fields (aka Stagecoach Mary), must be present in the art. She is the first African-American to work for the U.S. Post Office and should be depicted as mid 30s to mid 40s in age. The photos in the pitch document are of the real Mary, but from much later in her life— if you’d like to use those as inspiration to draw a younger version of her you may, but it is not a requirement. There should be an epic quality to her. A ferocity and athleticism that could take down a cowboy or bandit, while also maintaining femininity. Perhaps think of the Amazons from Greek mythology/art which could provide some inspiration (although please do not turn her into a sex symbol).

In terms of the look and style of the art overall the only requirement is that it should be for an 18-35 demographic and not unnecessarily violent looking, but edgier than your average animated content. I don’t want to limit your imagination or creativity so I will just provide a few loose prompts for inspiration, but please do not feel required to follow this path. If the document inspires you in another direction follow it! Think about if Miyazaki grew up in the Old West instead of Japan. Think particularly about the way he uses what is around him and is inspired by nature and how his wild imagination interacts with that and ultimately pushes beyond the ordinary. Use Montana, imagery from the American frontier, and Western films/television. However, please remember it shouldn’t be strictly historical. There is a magic that goes beyond the logical, much like most of Miyazaki’s work. If not directly apparent in the visuals, the style should be influenced by myth and folklore (the Old West, African-American folklore, Native American mythology, etc). There should be that element there, or at least a hint of its presence. And, perhaps most importantly, this story is told from a different perspective than the westerns we've grown accustomed to seeing-- Mary is a black woman not only surviving in a brutal and unfair American frontier, but flourishing.

The final illustration should be in color. It should not include the title (Stagecoach Mary), but if you have a cool idea for it please include if you want or let me know about it. Most of all this should be fun and the art should reflect that. It should invite the viewer into the world and want to make him or her play around in it and follow the character.

We saved a spot for your illustration or graphics contest.

Get started now
Alaskan Artist - Ocean Inspired Album Cover
US$349
Krimson - Alaskan Singer/Songwriter and Outdoor Show Host
183
entries
46
designers
Design a whimsical, irreverent fairy illustration for a t-shirt
US$ 349
People who love fairy tales, so mostly women and girls. We're about to publish a middle-grade (ages 8 to 12) novel calle
111
entries
55
designers
Illustration - Lifestyle of 5 women enjoying their lives
899 US$
Fyone is a singer, performer, and influencer. She is trying to promote her unique lifestyle to her fans and followers th
92
entries
22
diseñadores
Design For Debute Single by Roy Edri "THIS HEART" single Release
$349
artist is a Hip Hop / Pop R&B With a Rugged unifying message targeting 16 to 45
116
entries
37
designers
ALBUM COVER - Ambient/Meditation Music
US$364
this is a hybrid meditation/ambient album where each composition paints a vibrational movie with music - please listen t
78
entries
30
designers
Guide Cover for the 2019 Hollywood Fringe Festival
US$ 899
We are the largest performing arts (theatre/dance/cabaret/etc) festival in the Western US. To date, we have presented ov
56
entries
19
designers
Learn more about illustration or graphics design
See how it works