Law Firm Logo for a family law firm in the heart of the Ozarks Mountains, Missouri.

We are a new law firm and we are going to specialize in only family law matters (divorce, custody, etc.), and we are focusing on a collaborative/negotiation style of firm. We are in the heart of the Ozarks in Missouri - it's a heavily wooded area, lots of rivers, caves, barns, rounded mountains (that are more like giant hills because they are so old) and wildlife. Idea 1: A road running through a tree tunnel. Idea 2: A large tree with spreading branches that incorporates the name: Idea 3: a large tree with spreading branches that holds an owl (several variants have been designed that have the owl, but I am curious to see what a minimalist tree with an owl perched in it looks like)T My own idea of the logo involved an owl in a tree, with the logo at the base of the tree and the owl perched in it. I'm basically open to anything that evokes the idea of the rural Ozarks/oak trees and hickory trees, etc.. I know this isn't the clearest concept at this point. Owl = wisdom. I attached a picture of an owl that sticks in my mind - however, snowy owls are't really a thing in Missouri, so obviously the color scheme is off.

I'd like to explore the following colors: Greens: Growth, harmony and success. Let designers make suggestions:

justin Q0 collaborated with designers to refine their ideas

Took my original designs and made them great very pleased with the process.

legacy-automotive
Choose a design you love and work closely with the winning designer to refine and finalize your design. After that they’ll supply the files needed for print or digital use. Full copyright is all yours.
You’ll get all the image files you need to put your design anywhere. This includes the original, editable file, as well as a preview version you can open on virtually any device.
If you know exactly what you’re looking for, it makes sense to work with an individual freelance designer. In that case, you can search through our designers’ portfolios and find your perfect match.

Design a powerful logo for attorney for high net worth clientele

I am the "voice of reason" to high-net worth clients and small-to-medium sized businesses. I perform both corporate tran

Boyd Aitken is Ottawa's most experienced tax lawyer specializing in litigation and dispute resolution, with 20+ years of

My firm represents those who have been injured due to the fault of another. My target audience is broad, however, I want

We are a small law firm with two lawyers with a focus on presenting a modern, sophisticated image. Want to be seen as fo

Design logo for law firm with a mindfulness twist

I am an injury attorney who offers mindfulness resources to help clients manage stress during their case. We take a hol

Design a fun and inviting logo for a boutique law firm

This is a brand new small law firm in a rural area in Texas. My main practice area as of now is criminal and family law,

We are a wills, trusts and estate planning law firm which will help families with children protect themselves and their 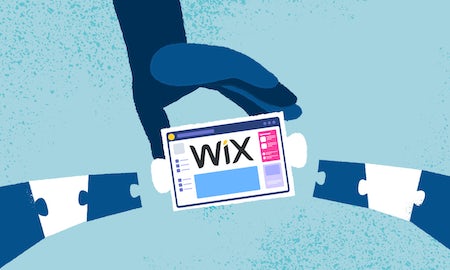 How to make a Wix website—a step-by-step guide

How crisis shapes creativity: marketing in 2020 and beyond