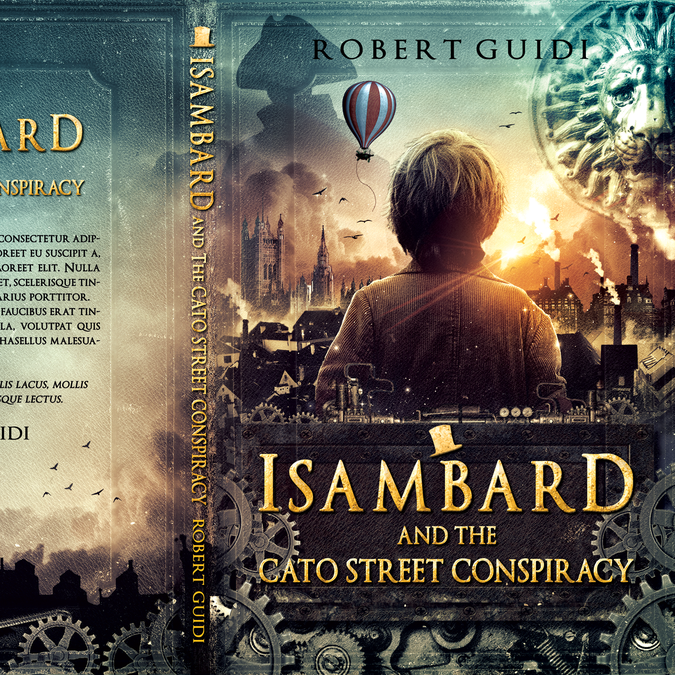 Young Isambard - create cover design for the next Harry Potter

robert.guidi.author needed a new book or magazine cover design and created a contest on 99designs.

A winner was selected from 101 designs submitted by 19 freelance designers. 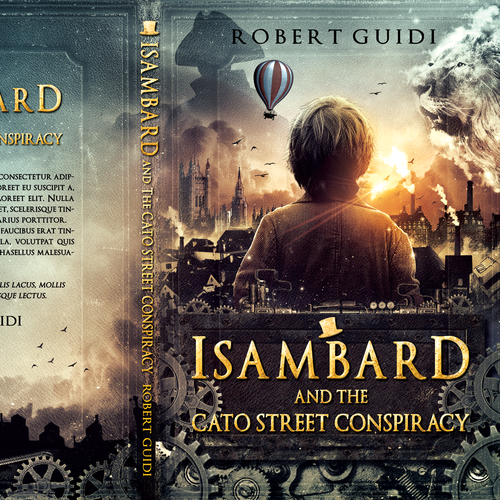 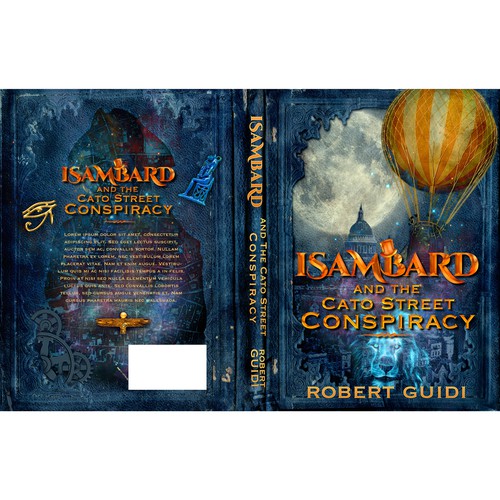 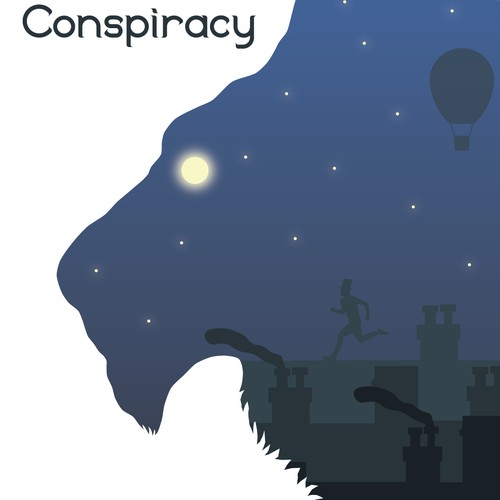 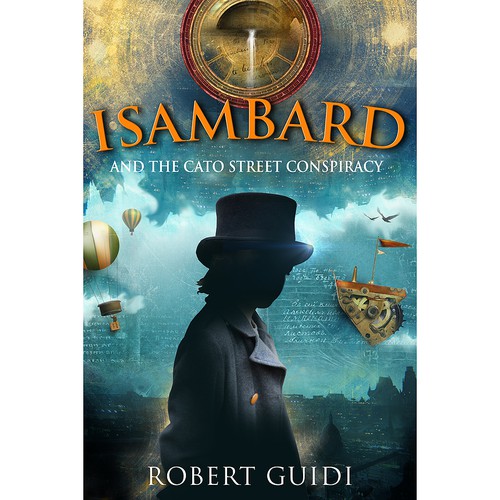 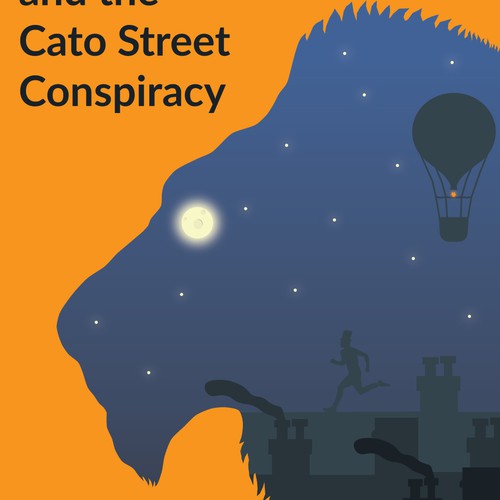 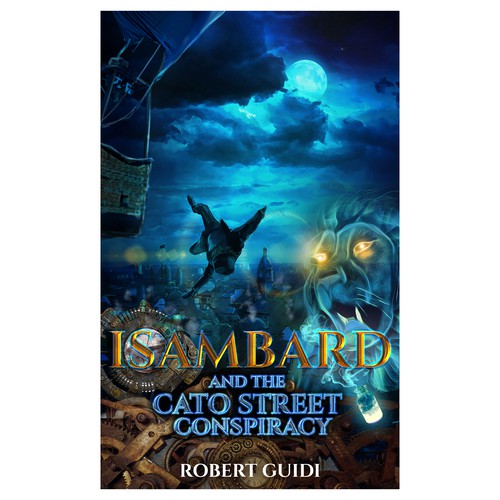 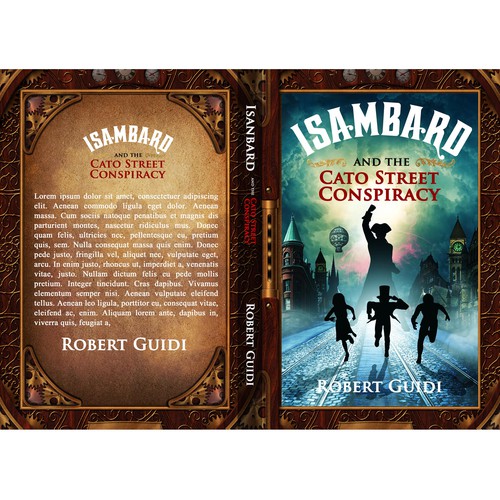 Finalist - MuseMariah
Mariah did an excellent job of creating a full book cover that we can be proud of!
- Anonymous

I am looking for a cover design for the ebook and paperback, which I aim to launch in October and November respectively.

This book is the first in my trilogy about the Young Isambard Kingdom Brunel and the adventure he and his friends have when they stumble across a conspiracy. The target market is “Young Adult” readers (8-15 year old boys and girls), but hopefully will be smart enough to appeal to "older adults” (parents) too.

The story is set in London in 1820 and features the young Isambard Kingdom Brunel and the adventures he and his friends (siblings Millie and William) have when they stumble across a plot to assassinate the Prime Minister. They are helped on their adventure with crumpets and magic from the Candlewick Sisters, but things get complicated when they find out that the gang-leader was supposedly executed 25 years earlier during the French Revolution.

Story themes
• Early industrial revolution: Setting = London in 1820
• Isambard and his friends are 14 years old
• Threat: French revolutionary leader Robespierre has "come back from the dead". The silhouette of his distinctive tricorn hat is mentioned several times. Has he found all three of the ancient Egyptian amulets?
• Contraptions: Isambard and his father are engineers and great inventors of contraptions. You may use mechanical imagery but don't make it too technical as this may put people off
• Magic: heroes befriend the Candlewicks sisters who run a "clean, white magic shop". Esmerelda is short/fat dresses in white. Madagascar is tall/thin dresses in black
• Mentor: Kids help officer Ruthven solve the mystery. Ruthven is bearded, rough, burly, heart of gold
• Intrigue: Isambard is joined by Agent Catskill of His Majesty's secret service
• Action: Isambard and friends navigate London over the rooftops; Isambard falls off a third floor roof; gets lost in a hot air balloon; helps Catskill (secret agent) and Ruthven steal from a Parisian Aristocrat's house party; uses a phantom lion to hold up Lord Wellington's carriage.

Guidance
See Pinterest Board at http://pin.it/4OSqmwq
Yes - Bold shapes and lettering to ensure "thumbnail" recognition
Yes - details on closer inspection
Yes - magic and wonder
Yes - mechanical/urban settings
Yes - top hat (Brunel famously wore a top hat and this book features him getting his first hat which he wears through the later books in the series) - Isambard (14 yr old boy, poor) does not have to wear the battered top hat. It could just be a detail (or used as a "logo"....)
Yes - rooftops (see Pinterest board)
Perhaps - blues and oranges?
No - cartoon styles
No - technical / engineering drawing
No - full/half page portraits of "characters"/actors
No - Big Ben (it was built in 1859, the book is set in 1820)

Create the book covers for HOT, new trilogy that is going global!
US$ 449
My name is Andrea Smith and I have written a contemporary romance trilogy known as 'the Baby Series.' It is…
117
entries
31
designers
Help Green House Publishing LLC with a new book or magazine cover
$299
We are a starter company publishing ebooks for download as well as audio books.
14
entries
4
designers
Help Rocket Tears Publishing LLC with a new book or magazine cover
US$ 299
Independent Publisher of Edgy Young Adult Science Fiction
146
entries
30
designers
The Red Ribbon Rebellion - a YA epic adventure - needs a new book
US$299
This is a young-adult action/adventure serial and the design used for web-promotion and for the actual cover
59
entries
20
designers
Moving book cover required for book about an orphanage in Romania
199 £GB
Ebooks...
442
entries
73
designer graphistes
Book Cover - Paranormal Romance
US$ 299
Novel; entertainment reading. Target Audience is readers of paranormal romance, supernatural and urban fiction....
28
entries
9
designers

Get started now
Design a book cover for the weirdest antics the North Pole has ever seen.
USD 499
I'm a writer. A satirical fantasy fiction writer. I try to be funny, and according to me, it works....
14
entries
8
designers
Create a bold fantasy YA cover for the second book in a series
209 GBP
I publish my fantasy series for YA readers, and mentor other fiction authors to their success....
75
entries
13
diseñadores
Looking for a real Show Stopper for my Burlesque ebook series
$350
Erotic Romance ebooks...
119
entries
24
diseñadores
Design a kick-ass book cover for a Romantic Suspense Novel
CA$399
A new independent publishing romance imprint....
28
entries
14
designers
WANTED: Kick-Ass Dystopian Book Cover
USD 299
I write dystopian and post-apocalyptic novels for new adults....
100
entries
21
designers
I need a e-book cover. I already sold more than 1,5 million e-books in 14 countries
459 €
I' am an Author, my readers are unisex...
285
entries
46
designers
Learn more about book or magazine cover design
See how it works