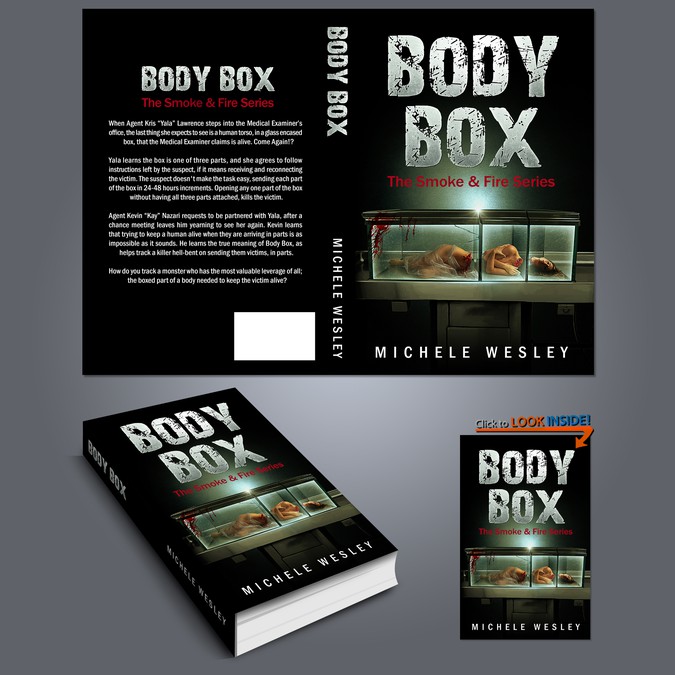 Momentcapturer needed a new book or magazine cover design and created a contest on 99designs.

A winner was selected from 37 designs submitted by 10 freelance designers. 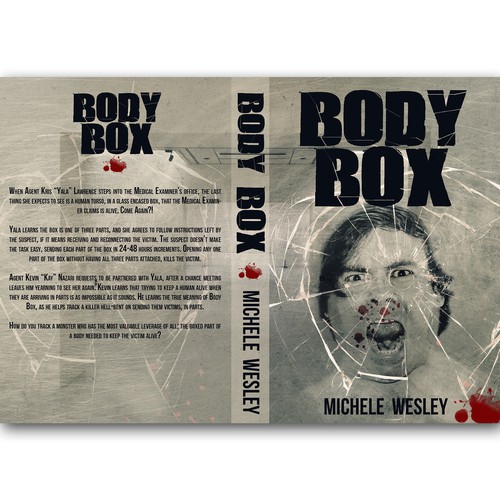 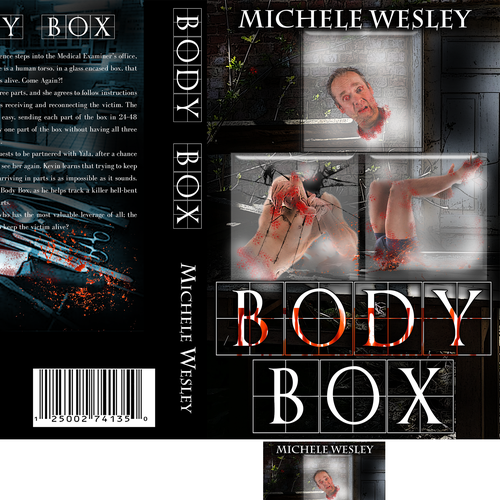 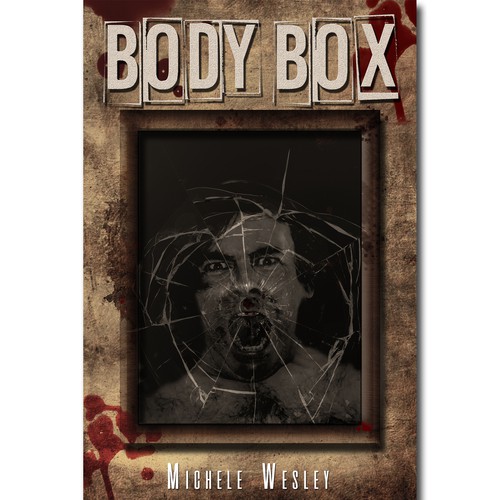 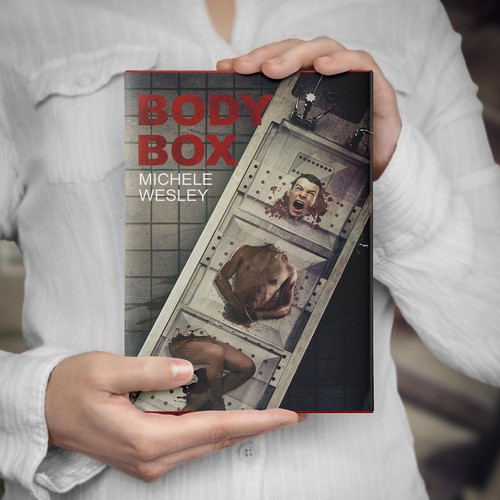 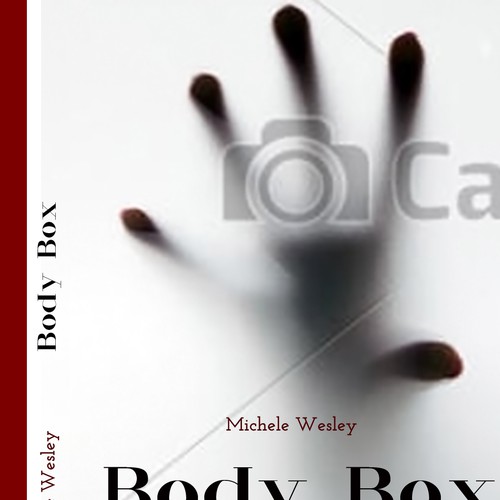 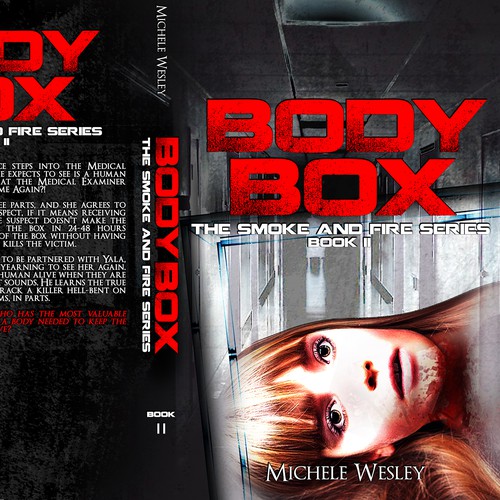 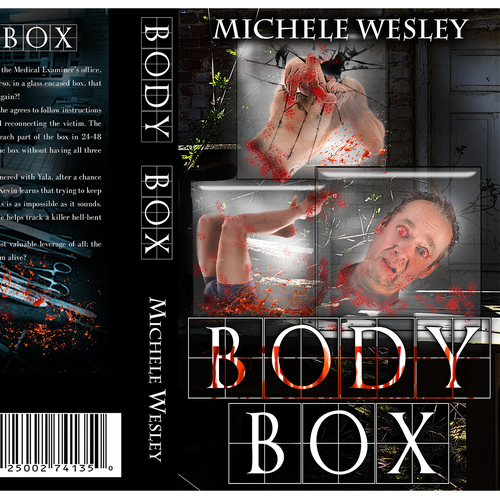 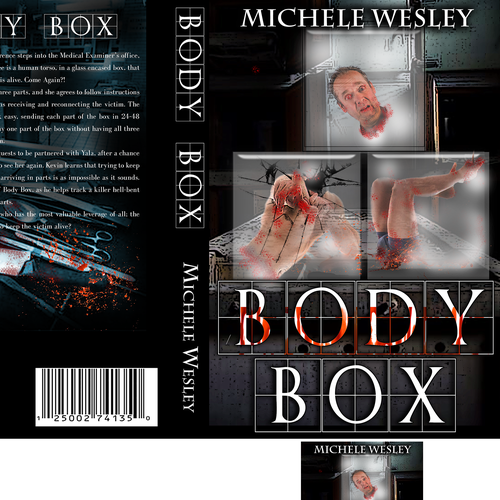 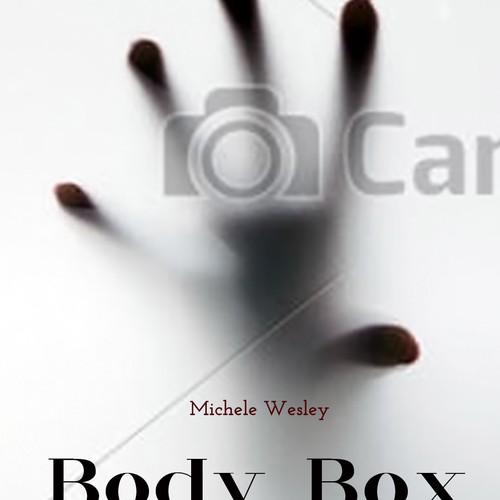 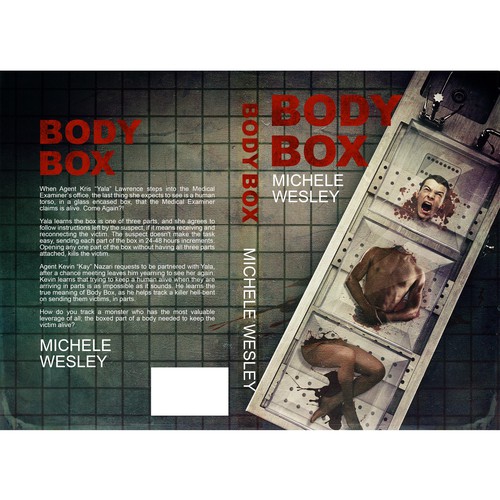 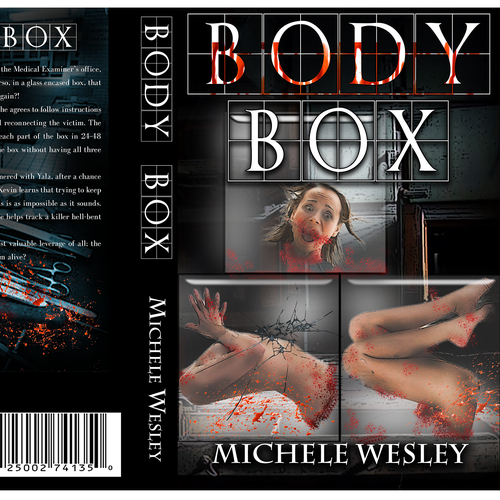 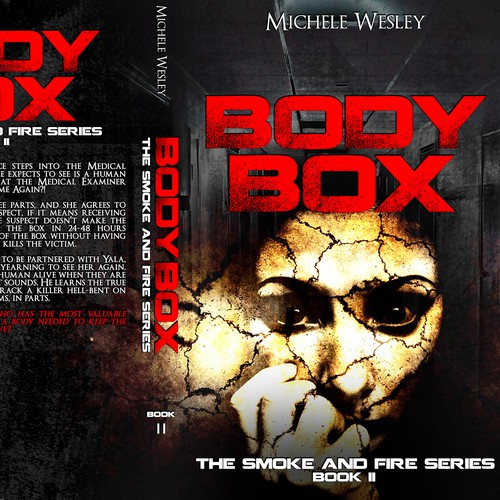 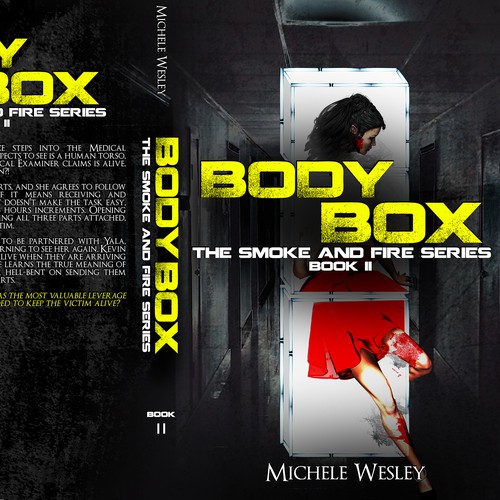 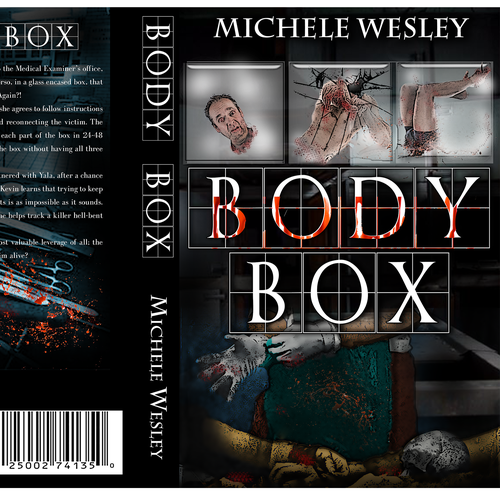 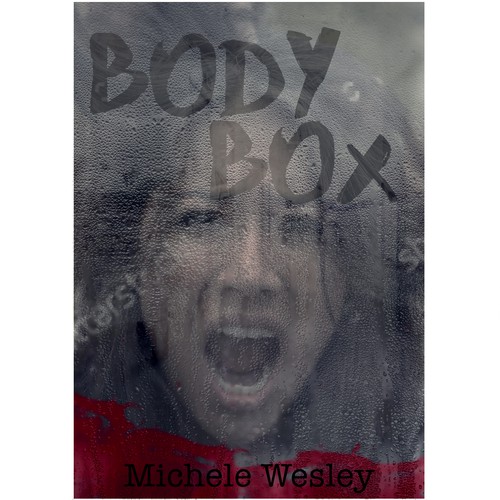 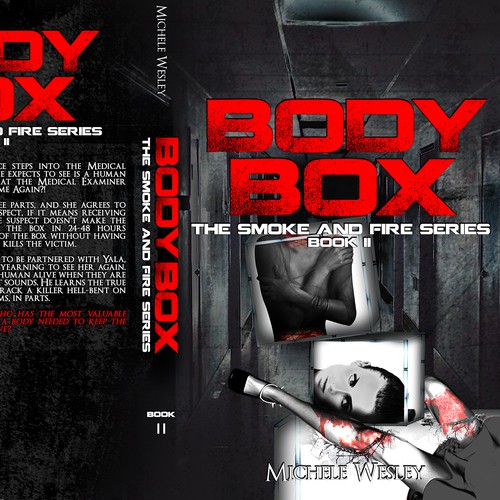 Winner - alerim
As always, excellent! Thank you so much!
- Anonymous

Finalist - WGOULART (wesley)
I absolutely loved working with my designer, Wesley! He is a gifted artist who created the most gorgeous front and back covers for my first book; he made my characters come alive with his artistry. No matter how many changes I asked him to create, he never complained; he made the changes with positivity. I LOVED working with Wesley and will continue to work with him on future book covers!
- nataliamiles451T

Finalist - quarterbackTB
quarterbackTB has been phenomenal throughout this process! He really got my vision and patiently tweaked the design until it was absolutely perfect. I intend to return to him for the next two books in my series. GREAT experience with a fantastic artist!
- pjcastrucci4

Finalist - Life Kung-Fu
Life Kung-Fu was absolutely amazing. He has a great eye for style, and his design was extremely sophisticated and professional. He also went far and above the mere minimum needed to make the design satisfactory, and worked with me diligently (and provided multiple versions and iterations), until it was perfect. I highly recommend him, and hope to work with him again in the future.
- Roman Gelperin

Write Paranormal & Supernatural Romance Novels for readers of the genres or sub-genres.

Note:
I have attached a copy of my old cover. It was not of good quality, and I didn't like the theatrical aspects of it. I wanted the cover to be more in tune with the book's main setting; inside an autopsy room. I would like a clean looking cover, and not a blurry one. You can watch the book trailer for ideas @ https://www.youtube.com/watch?v=7b2…ture=youtu. Below are some cover ideas and a synopsis of the book as well.

Idea I - Body Box is three parts of a whole coffin made of glass. Inside one part is the victim's head, part two is the victim’s torso and arms, and part three is victim’s lower body. The box sits atop an autopsy table and the parts are not perfectly aligned, which reveals that the victim is actually in three parts inside each box like something from a magic act, but seriously demented and dark because the victim is still alive. You can perhaps give the victim a facial expression that reveals their situation or that they want out of this box.

Idea II - You can show a man or woman attempting to climb out of a glass coffin. But. The coffin has been cut into three separate parts. The man or woman's head watches from box one as his legs try to climb out the bottom box while his torso lies still in the middle box. The background can be what is normally found in an autopsy room or some other dark background that fits the concept of a supernatural occurrence.

Idea III - A frantic face behind the glass. He or she is trapped in a glass coffin. The coffin has been cut into three parts, one part containing the head, one part containing the torso, and one part containing lower body. The coffin can be standing or laying down. If the coffin is misaligned, it means the individual's body is not connected, which should look pretty gruesome or eerie. One of the parts can be cracked to show that the person had made an attempt to get out of the box although his is technically in three parts.
Or you can have the torso box sitting next to the head box and the leg box sitting near as the head box watches his own body parts in the other boxes.

Idea IV - A frantic face behind the glass. He or she is trapped in a glass coffin and the bulk of the cover is their frantic face behind the cracked glass. The coffin has been cut into three parts, containing head, torso, and lower body. You can show the bloody severed potions where the body has been separated or you can include blood around the severed areas. The coffin can be standing or laying down. I'd prefer the coffin be misaligned to show the gravity of the individual's situation, which should look pretty gruesome or eerie

Idea V - This cover idea is all about the cover artist. What does the artist picture when they read my notes. What in your professional opinion would make an interesting cover concept for this particular book? I'm open for clean, for bloody, for gruesome, for unique ideas. I am open for anything as long as the cover is of a decent quality and looks interesting.

Yala learns the box is one of three parts, and she agrees to follow instructions left by the suspect, if it means receiving and reconnecting the victim. The suspect doesn't make the task easy, sending each part of the box in 24-48 hours increments. Opening any one part of the box without having all three parts attached, kills the victim.

Agent Kevin “Kay” Nazari requests to be partnered with Yala, after a chance meeting leaves him yearning to see her again. Kevin learns that trying to keep a human alive when they are arriving in parts is as impossible as it sounds. He learns the true meaning of Body Box, as he helps track a killer hell-bent on sending them victims, in parts.

How do you track a monster who has the most valuable leverage of all; the boxed part of a body needed to keep the victim alive?

Horror artistry wanted for book cover.
$299
It's a book for late teens and adults. It's a dramatic horror book. Similar to THE WALKING DEAD except there is no ...
60
entries
12
デザイナー数
Create a new cover to relaunch a highly reviewed Captain Hook novel
US$299
I write dark fantasy books for (65% male) readers from 15-32 years of age....
85
entries
25
designers
Romance Writer needs first cover in a series. Series will be SIX books total.
CA$ 399
New Adult Romance author - romance readers - women 21-60...
97
entries
25
Designer
Create a Beautiful, Custom E-Book Cover For an Inspirational Christmas Story.
799 USD
I'm a writer who has just finished (re)writing a fiction book I plan to put out on Kindle. I also plan to have it out...
76
entries
22
designer
Create an original, eye-catching book cover for a dark urban-fantasy.
AU$ 659
Author with a target audience of YA and up...
77
entries
35
Designer
Design a book cover that transcend time and space for a scifi adventure
299 US$
Book publishing, entertainment and media. Development of a book series in science fiction and fantasy along with a sc...
54
entries
14
designers

Get started now
My River Sanctuary book cover
399 AU$
Independent book publisher (individual)...
20
entries
12
Designer
Design a book cover for a contemporary lovestory in San Francisco
CHF 399
I'm writing romance novels as a selfpublishing author. My stories are published as amazon e-books, softcover and hard...
175
entries
35
designers
Design book #1 in the highly-anticipated ParentNormal humor book series
US$ 299
My name is Chris Cate. I’m a parent of three kids, and my parenting humor has been featured on the Huffington Post, B...
71
entries
9
diseñadores
Eye-Catching Vampire Novel Cover
279 €
The book is a Vampire Novel. The aiminggroup should be mainly females between 25-45....
169
entries
31
designer graphistes
Cover for Dark Fantasy Series (ebook and paperback)
279 €
Dark Fantasy Book Series Titel: Unstern Author: Katrin Ils...
193
entries
42
diseñadores
"Emma" a short story that needs a book cover
299 $US
Hello Designers! I am looking for a short story cover. It falls under the literary genre. My future readers are A...
105
entries
39
designer graphistes
Learn more about book or magazine cover design
See how it works