drjohneaton got their new book cover by running a design contest:

John Surdus is a consultant psychologist practicing in London, with a specialist interest in paranoia, psychosis and obsessional neurosis. The Marionette is his first novel. You can find him on www.johnsurdus.com

Michael Gereon, a philosophy lecturer on sabbatical after an unexplained breakdown, lives in a decayed house in the East End of London with his estranged wife Peggy. The same house in which his mother was battered to death in a drug-deal gone wrong when he was sixteen. Michael’s brother-in-law, Wilf, a washed-up artist, asks to borrow a mysterious carving created by Mike's dead mother and takes it to Italy in search of inspiration. When six pictures by Filippo Casiraghi appear on the London art market months later, all containing an image of the carving, rumours spread that Wilf is the forger. Michael reluctantly investigates and is forced to confront his demons. Specifically, his schizoid belief that, like a marionette, he has no free will and life is run by hidden forces beyond his control. As shadows close in and assassins seek to erase the truth about the art fraud, Michael must somehow find a way to act before it is too late. But first he has to emerge from the labyrinth of his own mind. A relentless, haunting study of a man on the verge of breakdown in a world of random events and lurking violence, set in the atmospheric streets of Spitalfields. A book for aficionados of art, crime, philosophy and abnormal psychology.

Colours: Red, Grey/Black and White. Strong sans-serif font. Figure of a man who has something puppet-like or disturbed about him. Optionally with marionette strings. Background landscape (optional): a street in Spitalfields (see image attached below). Mood: melancholic/disturbing.

Anything inconsistent with the above.

drjohneaton collaborated with designers to refine their ideas

Educated women between the ages of 25-50 who want to transition into the tech industry yet, don't know how to go about t

Design a novel cover that could also be used for a feature film.

The IT Support Technician Highway: The Fast Track to IT Certification

All people already working in the IT field, or people in professional reconversion, who wish to learn more about the job

It could be a virus or the Hand of God or a group of Activists. Humans turning half black and white

Create a cover for Sitting at the feet of Rabbi Jesus

Christians interested in knowing more about the culture of the time of Jesus.

To kill a public crook

Mostly man and woman between 25 and 40 years of age. People who are looking for different ways to create and earn incom

People who read cosy mysteries today are mostly women of all ages, looking for fun and chill, but with an investigation. 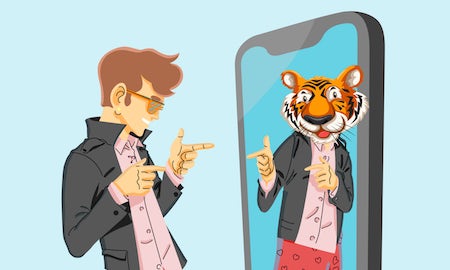 The psychology of logo design: how basic design principles can help your brand