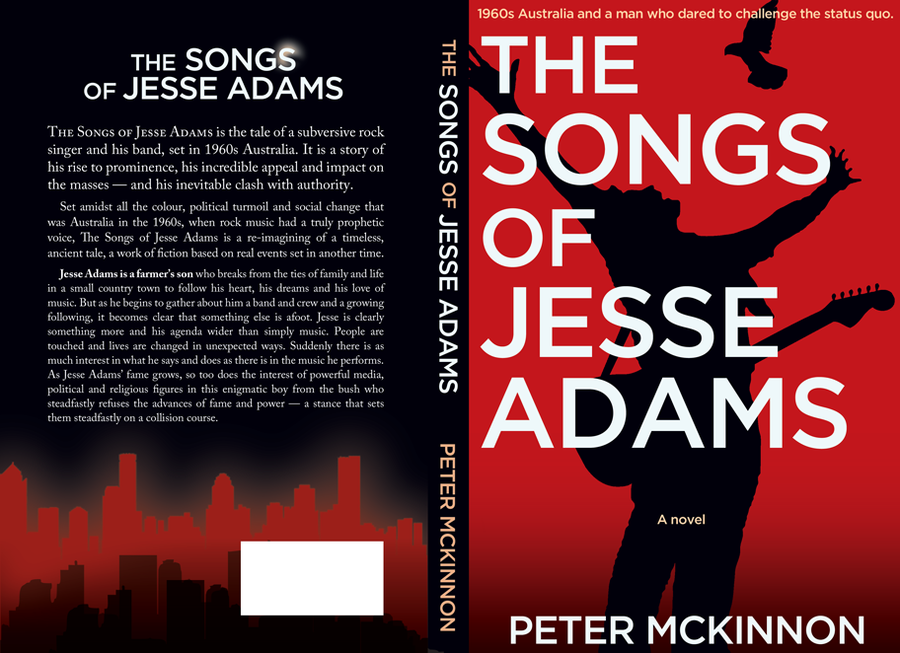 parnott needed a new book or magazine cover design and created a contest on 99designs.

A winner was selected from 85 designs submitted by 27 freelance designers. 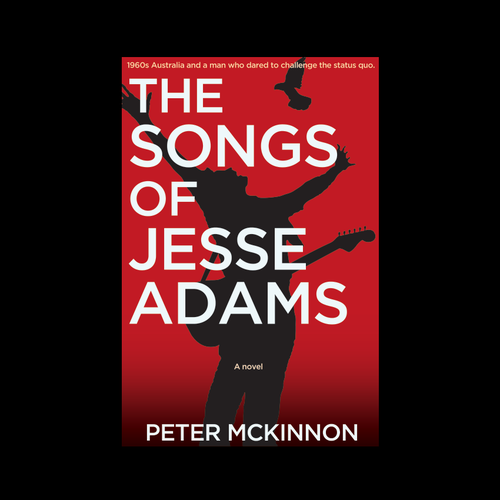 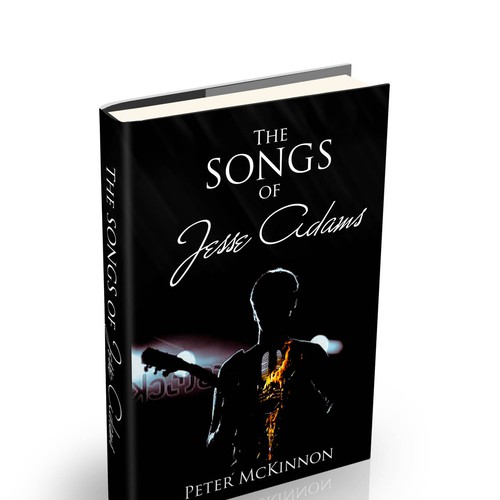 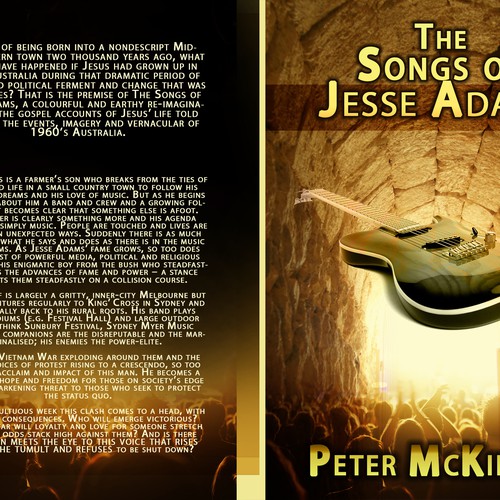 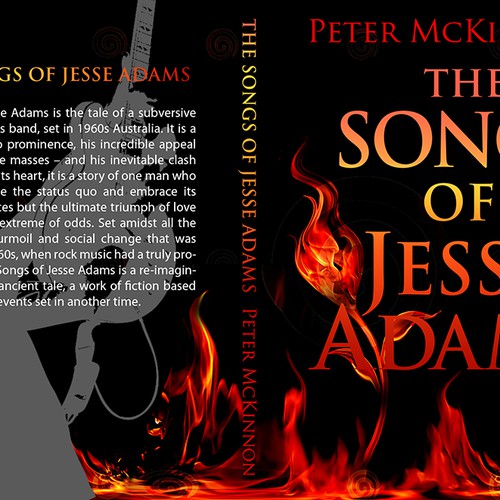 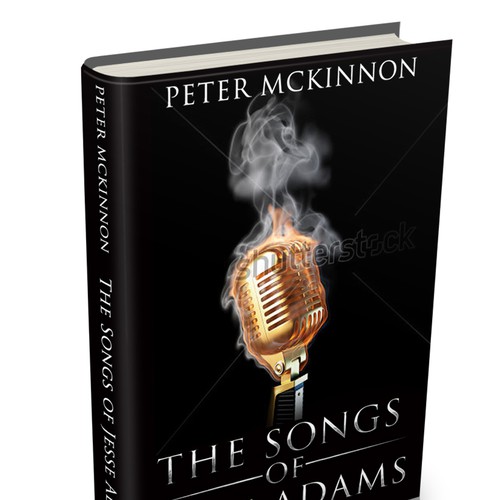 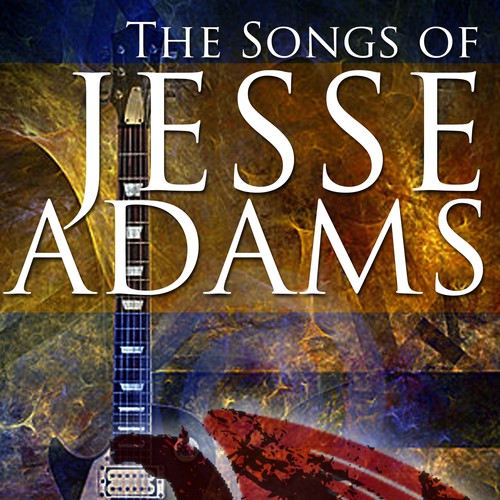 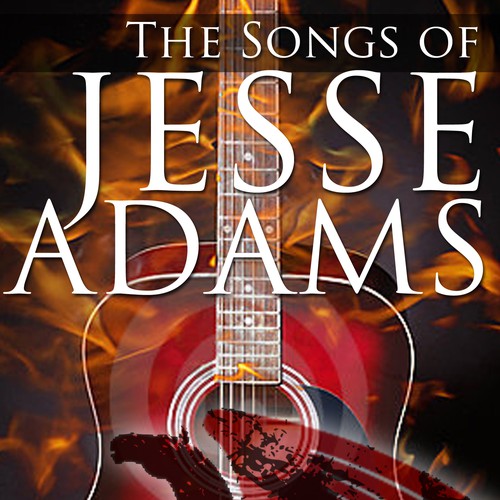 Winner - implovious
We are impressed by the professionalism of Implovious in a range of ways. He not only provided us with an excellent book design, but listened very carefully to our needs as a book publisher. He has gone to great lengths to provide us with what we need for this book. We could ask for no more. Paul Arnott Chair Acorn Press Ltd.
- parnott

Acorn Press publishes books written from a Christian perspective. While our primary target audience is Christian, we aim by the topics we tackle to connect with thinking non Christian readers as well.

Title: The Songs of Jesse Adams
Author: Peter McKinnon
Size: 224 x 148 mm
Summary
The Songs of Jesse Adams is the tale of a subversive rock singer and his band, set in 1960s Australia. It is a story of his rise to prominence, his incredible appeal and impact on the masses – and his inevitable clash with authority. At its heart, it is a story of one man who dares to challenge the status quo and embrace its tragic consequences but the ultimate triumph of love against the most extreme of odds. Set amidst all the colour, political turmoil and social change that was Australia in the 1960s, when rock music had a truly prophetic voice, The Songs of Jesse Adams is a re-imagining of a timeless, ancient tale, a work of fiction based on real events set in another time.
Book synopsis
Instead of being born into a nondescript Middle-Eastern town two thousand years ago, what would have happened if Jesus had grown up in rural Australia during that dramatic period of social and political ferment and change that was the Sixties? That is the premise of The Songs of Jesse Adams, a colourful and earthy re-imagination of the gospel accounts of Jesus’ life told through the events, imagery and vernacular of 1960’s Australia.

Jesse Adams is a farmer’s son who breaks from the ties of family and life in a small country town to follow his heart, his dreams and his love of music. But as he begins to gather about him a band and crew and a growing following, it becomes clear that something else is afoot. This singer is clearly something more and his agenda wider than simply music. People are touched and lives are changed in unexpected ways. Suddenly there is as much interest in what he says and does as there is in the music he performs. As Jesse Adams’ fame grows, so too does the interest of powerful media, political and religious figures in this enigmatic boy from the bush who steadfastly refuses the advances of fame and power – a stance that sets them steadfastly on a collision course.
Jesse’s turf is largely a gritty, inner-city Melbourne but he also ventures regularly to King’ Cross in Sydney and occasionally back to his rural roots. His band plays pubs, stadiums (e.g. Festival Hall) and large outdoor venues (think Sunbury Festival, Sydney Myer Music Bowl). His companions are the disreputable and the marginalised; his enemies the power-elite.
With the Vietnam War exploding around them and the various voices of protest rising to a crescendo, so too does the acclaim and impact of this man. He becomes a symbol of hope and freedom for those on society’s edge – and a darkening threat to those who seek to protect the status quo. In one tumultuous week this clash comes to a head, with sickening consequences. Who will emerge victorious? And how far will loyalty and love for someone stretch when the odds stack high against them? And is there more than meets the eye to this voice that rises above the tumult and refuses to be shut down?
Potential readership
Adult Australians and New Zealanders, primarily, but also international readers curious about Australian culture (particularly in the US) and the young adult market. Hitting the mainstream book buying public is the primary goal, but the Christian market will also be targeted to complement this core target group.
The book will be released in both print and electronic formats.
Cover preferences
The cover art should reflect the feel of the period and the musical essence of the story and its characters – graphically, stylistically or with the use of appropriate imagery. There is no limit on the medium to be used (i.e. graphics, photography, stylised title etc.).
We would be happy to provide further advice/input on potential images/graphics as a next-stage step but do not want to limit/lead creative concepts at this point.

Here is an excerpt from the book at a key moment during Jesse's final concert, which may give you more of a feel for him and the book and therefore the kind of cover we are looking for...

"Then a woman in stonewashed jeans and a loose fitting wine coloured blouse tied at the back slipped on to the stage carrying something, something cloaked in a cloth. She walked steadily, easily in Jesse’s direction. A few wolf-whistles followed her out. Annie put her arm on Jesse’s shoulder and disappeared into the deep green of his eyes. He was hurting, something inside was breaking, she could see it. She hadn’t seen the woman in the front row, the one that looked so much like his mother, who had sent him reeling deep into another place that might have been, dim echoes not of death but of hay and lambs and verses of “sugar at summertime.” It didn’t matter. Now the whole world was only Jesse and her.

Annie rested the object she was carrying on the stage, beside him, then stood and began unbuttoning his shirt, slowly, letting the buttons slip free, one by one, until it fell loose and un-peeled from his body and into her hands. Her gaze never left him and the audience stayed with them, respectful of the moment and what passed between them. Bunching the shirt, she gently dabbed his brow then his cheeks and his chest, stroking away the sweat as a master painter might dust in the last lashes of a masterpiece. It was a provocative act, outrageous and sensual and infamous. It was an act of pure love.

The tattoo on Jesse’s chest, the flying red horse, reared on its hind legs before her, her smile confused, seeking explanation. Jesse leaned forward and whispered, “soon Annie, soon, at the sign of the flying red horse,”, and placed her palm over the tattoo, his heart. I understand, she smiled, as if she did, then reached down and unwrapped the object. It was another guitar, swathed in a fresh, clean shirt. Annie handed Jesse the shirt and he threaded in his arms and let if fall loosely about him, unbuttoned, cool, refreshing. Then she lifted the guitar and served it to him as a pursuivant of arms might lift a ceremonial sword to a monarch. It was beautiful, uncorrupted; gilded and golden. A Maton Goldline 750, blonde and red, shapely, delicious and one of only two hundred made. Jesse, surprised, lost for words, managed a mimed “thank you”. Dinger squeezed out an admiring drum roll, the rest of the boys just swooned."

The photo below reflects the streetscape of 1960s Melbourne.

EXTREME SPIRITUAL MAKEOVER- Imagine & Create YOUR BEST book cover ever!
$299
The Mysteries of How God Works in Our Troubles
256
entries
21
diseñadores
create a winning design that will make this book jump of shelves and into your heart
299 US$
spiritual people in addiction recovery who have lost everything. The book uses Biblical teaching to illustrate how a ...
82
entries
20
designers
Create a book design that'll draw busy post-moderns with a spiritual hunger to know God more deeply
US$299
We publish books focused on an evangelical Christian audience....
138
entries
26
designers
Transititions Book Cover
USD 299
the product is a book entitled "Transititions" It's 100pages long. the book is about the transititions that the diffe...
90
entries
22
designers
the magic resource that will fix 1.8 billion misunderstandings; this to-be best-selling book!
USD 350
RSG is a well respected therapist, mentor and guide in marital relationships and parent-child communcation...
192
entries
41
diseñadores
Create a book cover for Considering Jesus
US$799
Christian Educational Materials - Christian Resources (books, websites, seminars, etc)...
152
entries
44
designers