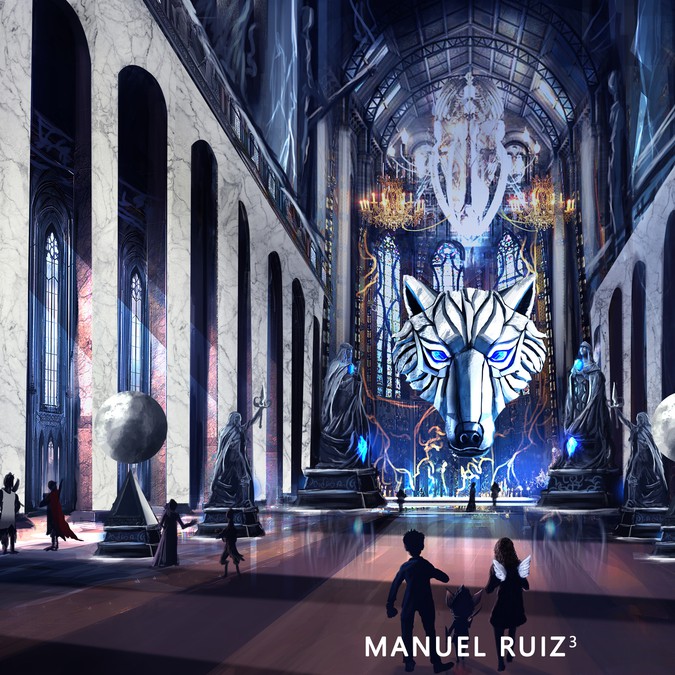 mruizthree needed a new book or magazine cover design and created a contest on 99designs.

A winner was selected from 23 designs submitted by 5 freelance designers. 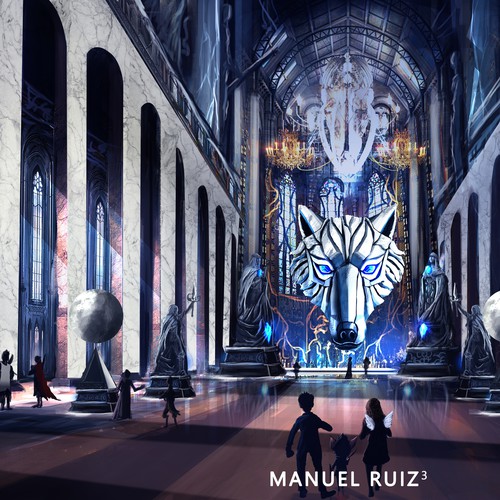 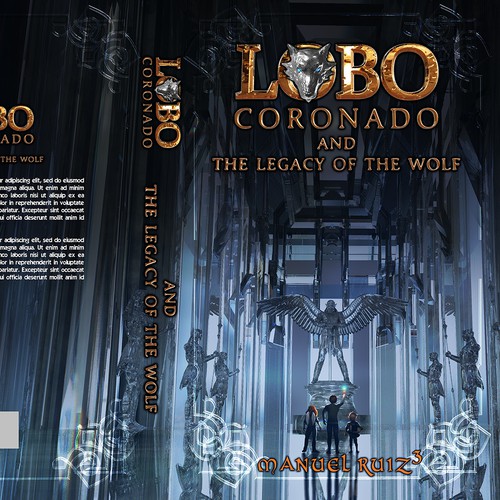 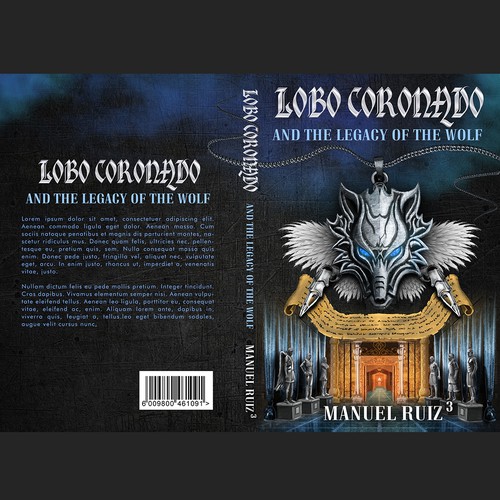 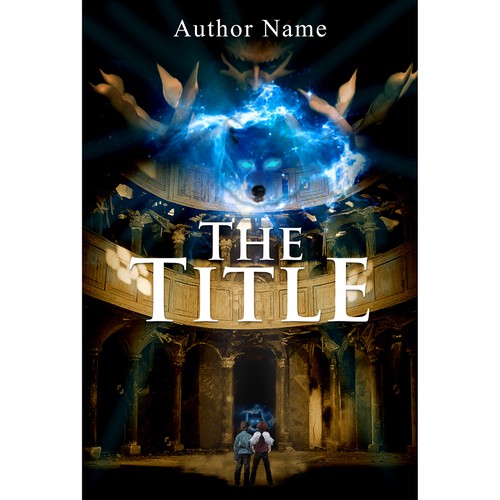 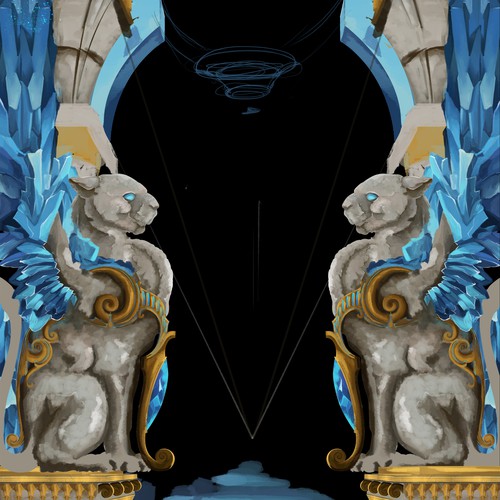 Winner - El art
This is the 4th cover El Art has done and I have yet to be disappointed. Great to work with, very professional. I look forward to the next project.
- joe.garry

Finalist - WhiteEchoes
WhiteEchoes is very talented. We absolutely love his work. Fanstastic! Easy to work with, professional and simply a delight. Thanks so much
- Anonymous

Looking for an illustrated Middle Grade Fantasy book cover design, but the type of book that works for adults as well and I'd like it highlight an aspect of the three main characters.

1. Lobo, the protagonist - a teenager best described as a young, untrained Bruce Wayne. He can't fight yet, but he has detective skills that develop through the story.
2. Devon: a bloodline to the Cherubim, an "angel with an attitude" who wants to be a guardian angel, but her attitude problems have kept her from advancing. She has a small set of wings and can't fly yet.
3. Vonqua: A "true" vampire who is a Scribe and writes with a set of Finger Quills that rest on two fingers to speed up his writing and is over 1,000 years old.

The primary image I want to represent Lobo is a silver medallion with a metallic wolf's face (facing forward) with blue, multi-cut gemstones for eyes that glow. This is something that Lobo wears on his neck.

I would also like a representation of the other characters, such as a set of wings for the angel and two fingers with Quills representing the Scribe, possibly hanging/holding over the medallion image or maybe on a coat of arms or something similar (artists discretion).

For a background, I'd like to the characters from behind/side as they enter a grand hall, or maybe just he hall itself. No full facial shots, just smaller images of them for background purposes.

Here are some of the descriptions of the characters/items.

The medallion description (main image):
Lobo reached inside his shirt and pulled out a silver charm and necklace. The medallion was the face of a wolf with eyes made of blue, multi-cut stones. Even in the dark room, the eyes glistened.
I picture a more metallic looking medallion.

Vonqua ("Vampie") the Vampire Scribe:
Wears two Finger Quills on the first two of its four clawed fingers. As one Quill/finger completes a word, the second finger leaps back over the first and to start the next one.
Description: The creature had a thin body and larger head with ears that pointed up like a bat and spiked hair. About the size of Potter's house elf Dobby.

The building/hall they enter for possible background:
..The pair entered a long hallway in a room that was twelve stories high. The floor and walls were covered in a smooth material that Lobo thought looked like a mix of crystal and marble...

**UPDATE** Potential option is rather than using the angel wings and finger quills around medallion design, is making them part of background. For the quills, possibly showing two quill ends writing on a parchment/scroll/notebook - just another idea**

I also don't want it to look too cartoonish, more like the style of some of Rick Riordan's book covers, where the art appeals to a broader/older range as well.

This is what I would consider too "cartoonish" and is what I do NOT want.
https://www.amazon.com/gp/product/B013Q6ZZMM

**UPDATE** Potential option is rather than using the angel wings and finger quills around medallion design, is making them part of background. For the quills, possibly showing two quill ends writing on a parchment/scroll/notebook - just another idea**
This is my first time using 99designs and this is my 2nd novel. My first designer used primarily stock photo design, which I was happy with but wanted a mostly illustrated cover this time around since it 's a different series. So using a stock photo is fine, so long as it's mostly illustrated. I've included links to the style I'm looking for -- something that will appear to a wider audience. Excited about this and I am happy to work with an idea/vision an artist may have that will still provide what I'm looking for.

Design book cover for women's fiction novel "LIFE IN SPADES"
$299
Novel to be released this summer by new, independently published author, Frances Frost
116
entries
23
designers
New book or magazine cover wanted for Peter Palmieri
USD 299
Author/ self-publisher
82
entries
17
designers
Help Rocket Tears Publishing LLC with a new book or magazine cover
$299
Independent Publisher of Edgy Young Adult Science Fiction
146
entries
30
designers
Create the next book or magazine cover for Robert Reynolds
US$499
Author
82
entries
18
designers
Fun Cover Needed for Essay Book
299 US$
I am a writer planning to self-publish a book of entertaining essays about family.
116
entries
17
designers
The Red Ribbon Rebellion - a YA epic adventure - needs a new book
299 US$
This is a young-adult action/adventure serial and the design used for web-promotion and for the actual cover
59
entries
20
designers

Get started now
Moving book cover required for book about an orphanage in Romania
£199
Ebooks...
442
entries
73
designers
Sexy book cover for A Call to Heaven, by Jo Kessel
209 £
A Call to Heaven is a novel. It's commercial women's fiction with a paranormal twist....
102
entries
15
Designer
Design a how-to book cover for emerging independent musicians
US$ 799
Music Business Toolbox is a forthcoming book for independent musicians and emerging record labels. The book includes ...
196
entries
52
diseñadores
Space Opera Book 2 ebook cover
US$ 299
Produce speculative fiction novels across multiple specific genres....
43
entries
9
diseñadores
Book cover needed for humorous pregnancy book.
AUD 399
My mother (Vicki Bryce) and I have written a book. Title: Hatch and Dispatch Subtitle: Tales and advice from a mid...
113
entries
31
diseñadores
I need a e-book cover. I already sold more than 1,5 million e-books in 14 countries
€ 459
I' am an Author, my readers are unisex...
285
entries
46
Designer
Learn more about book or magazine cover design
See how it works