tjstone0828 got their new book cover by running a design contest:

Design a book cover that looks like a vintage movie poster

Tara started writing fiction when she was in first grade, and she hasn't stopped since. Screenplays are her favorite storytelling medium. She is a Consecrated Virgin Living in the World, which means she's espoused to Jesus Christ, and she hopes that her stories delight Him above all.

It's 1925, and the purportedly haunted summer retreat house Bergman Manor has seen the deaths of several guests in recent years. When Clem, a penniless playboy, learns that his P.I. uncle is the Manor's latest victim, he poses as a well-to-do guest in order to secretly conduct his own investigation. He soon discovers the connection between all the recent deaths: the Manor's pretty but prickly young maid, Dorothy. Taken in by Bergman Manor's proprietor as a small child, Dorothy has never known life outside the Manor. As she's grown into a beautiful young woman, the Manor's male guests have begun to pay her much more attention. But the consequences when they get too close are deadly. It doesn't take long for Dorothy to discover Clem's true purpose at the Manor, and desperate to stop the killings, she joins forces with him to find the truth. As Clem and Dorothy search for answers, they unravel the twisted history of Bergman Manor and the peculiar guests who spend their summers there.

tjstone0828 collaborated with designers to refine their ideas

a pleasure to work with and designs are spectacular!

amansley1
Choose a design you love and work closely with the winning designer to refine and finalize your design. After that they’ll supply the files needed for print or digital use. Full copyright is all yours.
You’ll get all the image files you need to put your design anywhere. This includes the original, editable file, as well as a preview version you can open on virtually any device.
If you know exactly what you’re looking for, it makes sense to work with an individual freelance designer. In that case, you can search through our designers’ portfolios and find your perfect match.

Island Tours on the island of Providenciales, Turks and Caicos, BWI Specializing in tours that include histroric land m

Anyone in a codependent relationship. So adult audience, male and female readers

We need graphics for our clothing brand Seek Discomfort

Calm, comforting sensitive design that represents support and awareness about these diseasesse

male/female adults from 30 to 70 yr olds

I need a fun, whimsical illustrated cover for my children's fantasy adventure story

Young readers ages 8-12 who enjoy reading about fantasy, adventure historical fiction and animals. Most of this story ta

The Blesser and the Charred Medallion Book Cover

A Christian Age: 14+ Gender: Male and Female Location: Anywhere in the World

Mostly women who are career oriented but want to balance their obligations with family, wellness and still pursue their 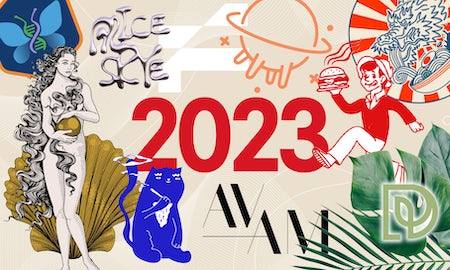