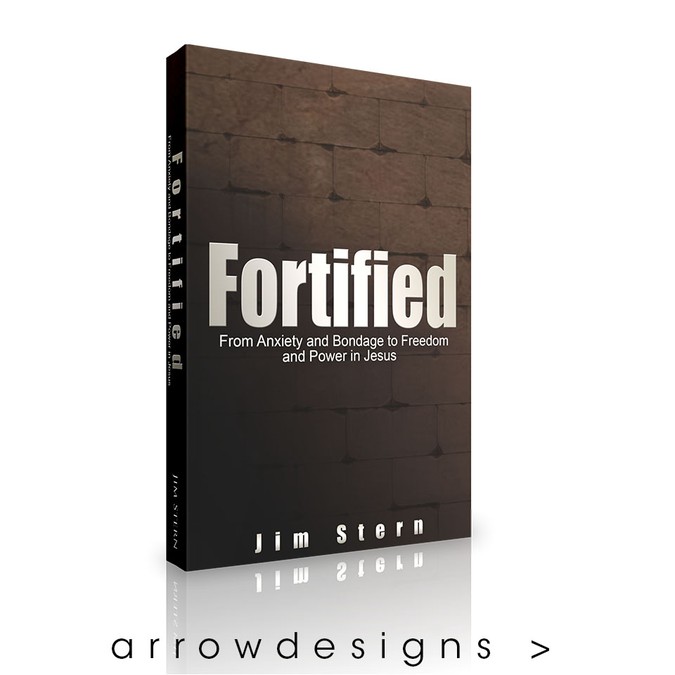 Create a strong book cover for a Christian workbook on being set free.

blake.atw needed a new book or magazine cover design and created a contest on 99designs.

A winner was selected from 96 designs submitted by 30 freelance designers. 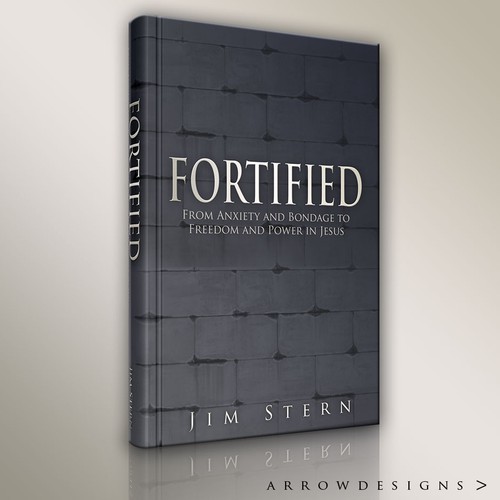 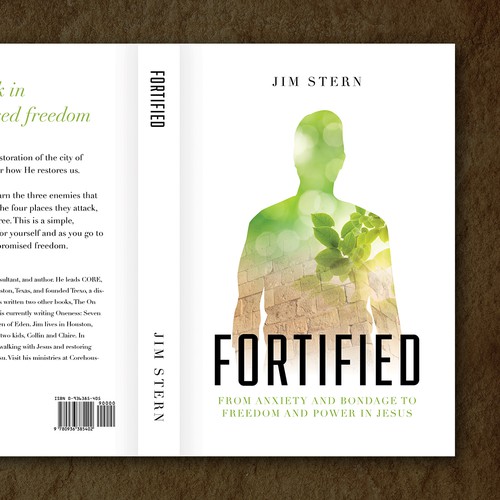 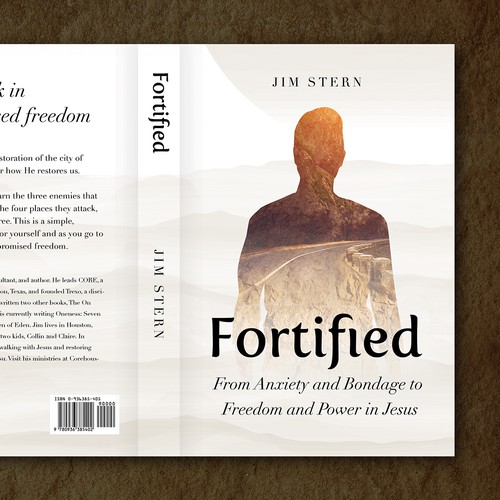 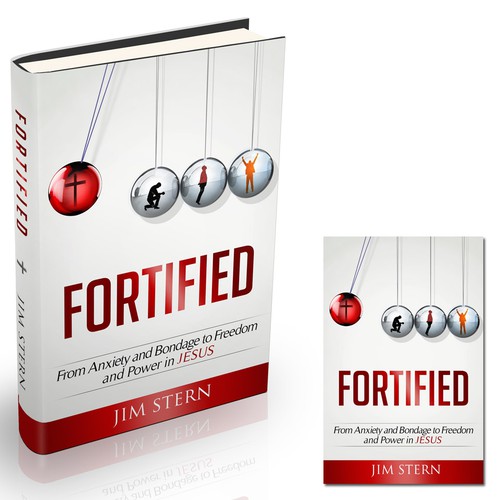 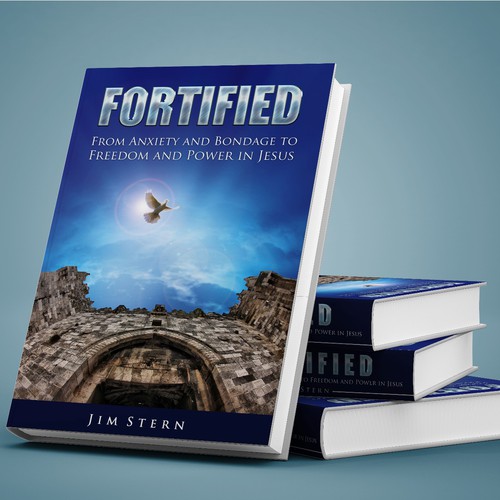 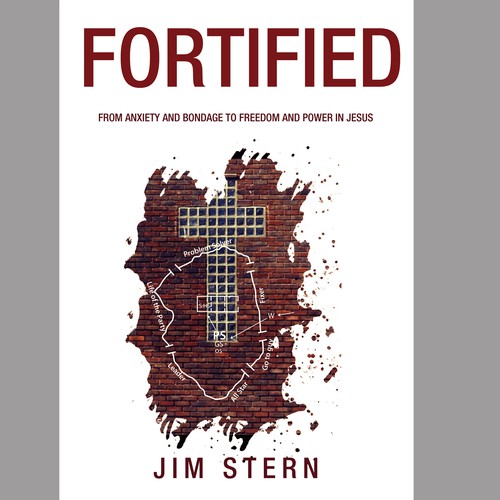 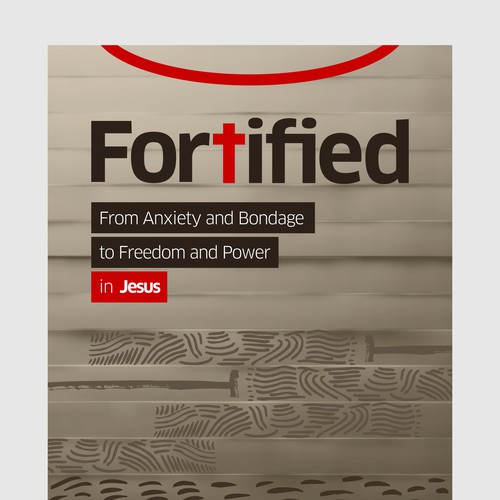 Winner - Arrowdesigns
Excellent design eye. Very responsive to comments. Made quick and appropriate adjustments. Seemed to intuit what the book was all about even though of course he had not read the whole manuscript, only a short design brief.
- secantpub

Finalist - Updatefordesign
Flavius is a spectacular artist and ever so conscientious, kind, and helpful. It is a true pleasure to work with him.
- PennecoOutdoor

Finalist - Virdamjan
Great experience working with this designer, was patient and tried many variations of the designs. Many thanks
- Adam Hutchison

Finalist - Brand Clinic
Mike was great to work with and very patient with me as I debated what I wanted for my design.
- mwmyers11

Trexo is a Christian ministry that equips disciples to make disciples through publishing books, speaking engagements, and one-on-one discipleship and consulting.

The full title of the book is:
FORTIFIED: From Fear, Anxiety, and Bondage to Freedom and Power in Jesus

Include this description and bio on the back cover:
FORTIFIED uses God's restoration of the city of Jerusalem as a metaphor for how He restores us. In FORTIFIED you will learn the three enemies that attack the city of your life, the four places they attack, and how God will set you free. This is a simple, powerful tool you can use for yourself and as you go to help others walk in God's promised freedom.

Jim Stern is a pastor, speaker, consultant, and author. He leads CORE, a disciple-making movement in Houston, Texas, and founded Trexo, a discipleship consulting ministry. He has written two other books, The On Ramp and Be: The Way of Rest, and is currently writing Oneness: Seven Lessons on Marriage from the Garden of Eden. Jim lives in Houston, Texas, with his wife, Brooke, and his two kids, Collin and Claire. In addition to his love of authentically walking with Jesus and restoring people, Jim trains in Brazilian jiu-jitsu. Visit his ministries at Corehouston.org and Trexo.org.

What Not to Do:
An original cover for this project used the image of a breaking chain as a metaphor for the freedom that can be found by following the words within the book. However, we want to move away from such visual cliches.

The book uses simple illustrations depicting the walls of Jerusalem, which we've attached, so ancient walls could also be incorporated into the cover (but DON'T use the attached illustration on the cover).

We are not inclined toward any particular color scheme or font choices.

I am running this contest on behalf of my client. We will do our best to communicate within a 48-hour window when questions arise.

Create a inspirational book about winning the race of life
$299
We provide hope to people who are experiencing changes in life, through speaking, preaching, and writing....
96
entries
40
designers
Create a new captivating book cover for "Soul Prescription"
499 $US
Our mission is to teach people how to “live God’s way” through the power of the Holy Spirit by restoring fellow...
264
entries
51
designer graphistes
Beyond the Myth of Self Esteem
AU$ 499
Acorn Press is a not-for-profit publishing company based in Melbourne, Australia, that aims to produce thoughtful, we...
35
entries
8
designers
Create an inspiring cover for our book "Fathers Mystery Bike"
299 $US
I am an up and coming author, writing books to inspire and connect spirituality with reality. The books audience rang...
57
entries
13
designer graphistes
Create an eye-catching book cover for Find Your Burning Bush.
299 $US
Provide guidance to people seeking to develop or understand the Plan for their life. Target audience is people who w...
41
entries
7
designer graphistes
Design a cover for My First 40 Days with the Lord
US$ 299
We publish books...
71
entries
16
designers

Get started now
Design A Cover For an Upcoming BestSeller Book
US$ 299
Publisher of Christian inspirational books, film, video & music...
81
entries
14
designers
Miracles of Jesus
499 $US
We produce high quality irresistibly creative inspirational books...
66
entries
24
designer graphistes
Why God Still Matters
$799
177
entries
42
designers
Create a cover for a book about making right and healthy choices for yourself!
US$ 299
We help people recognize spiritual and emotional issues behind disease, relationship issues, and other life controlli...
28
entries
10
designers
Stunning cover for Christian Book CR
US$ 330
This title is written to adult Christians....
112
entries
10
designers
I need a stand out book cover for my inspiring devotional.
US$ 299
Renew is an organization that encourages and motivates people to be their best self and to find their purpose in Chri...
111
entries
40
diseñadores
Learn more about book or magazine cover design
See how it works