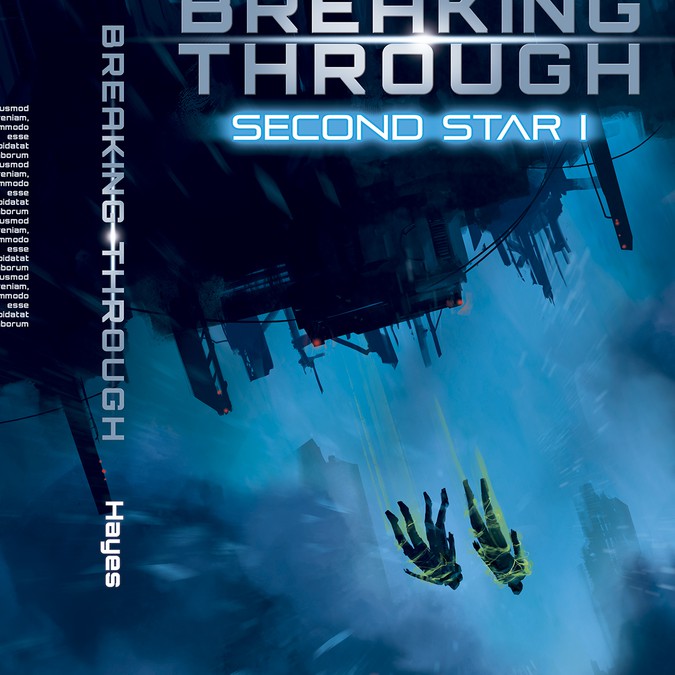 joshhayeswriter needed a new book or magazine cover design and created a contest on 99designs.

A winner was selected from 23 designs submitted by 10 freelance designers. 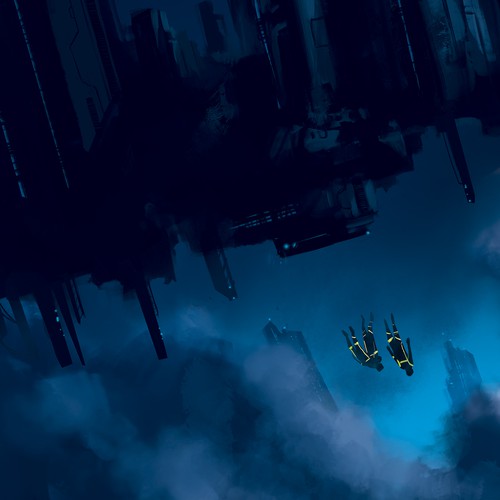 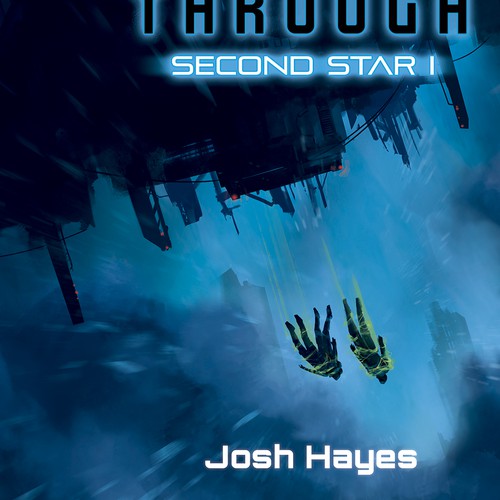 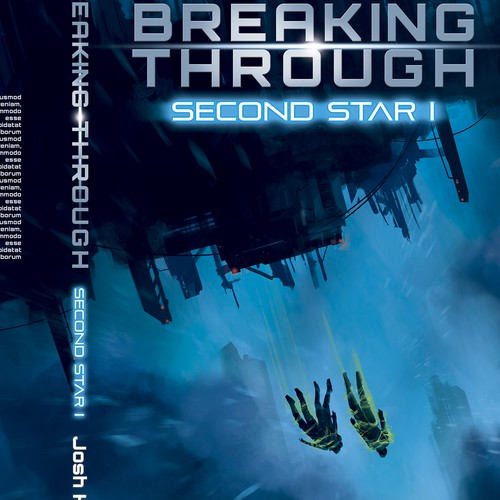 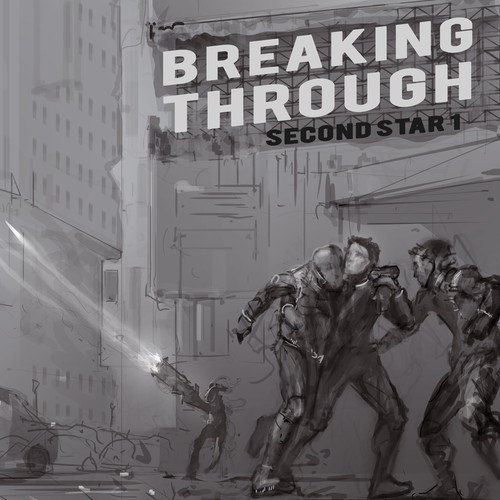 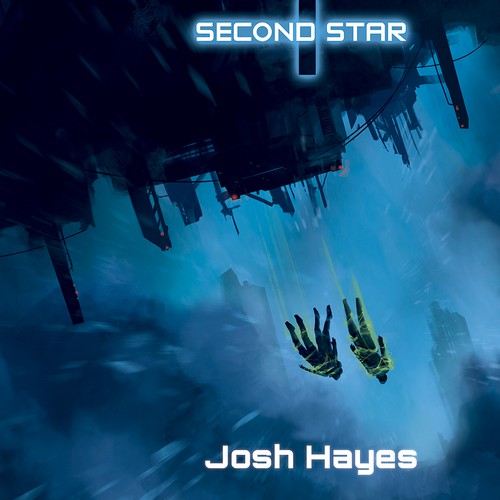 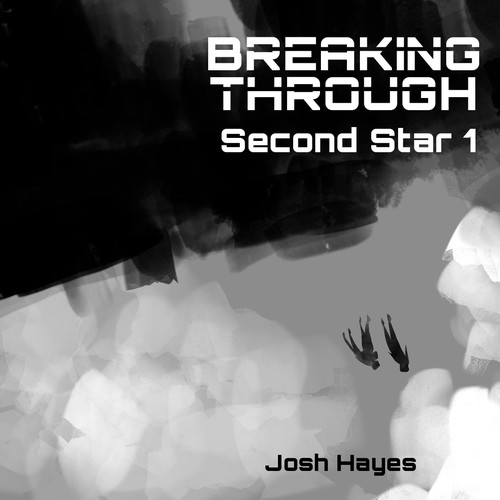 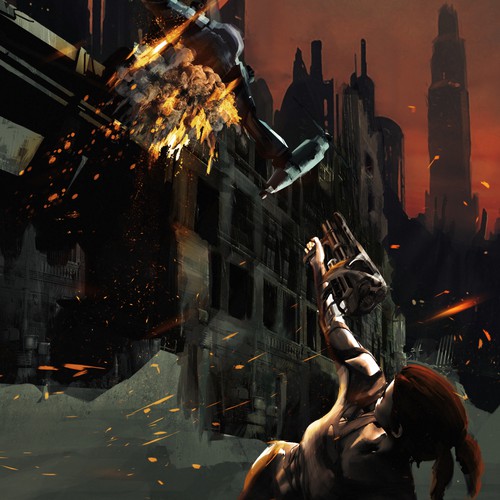 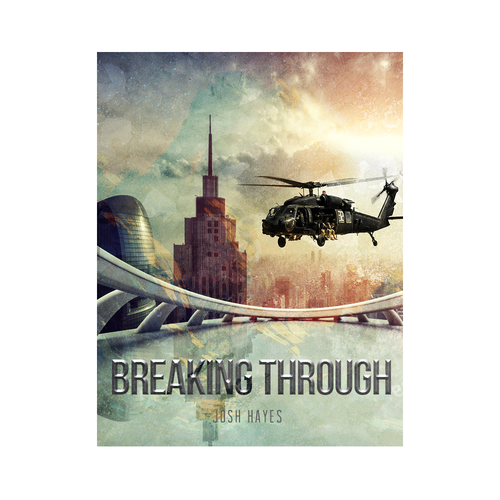 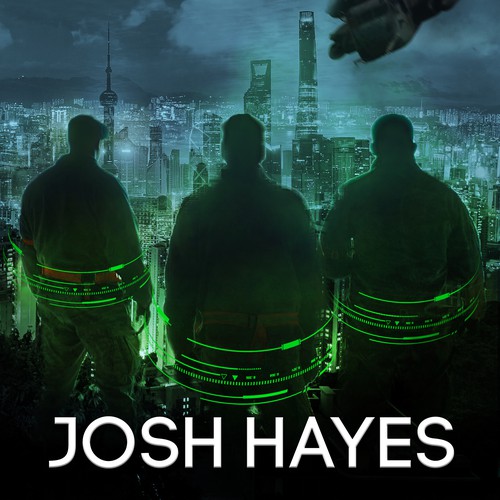 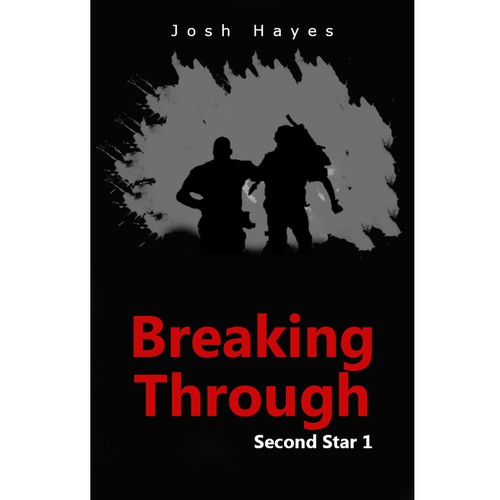 Winner - licarto
Licarto was incredible. Fast, communicative, hit the deadline EXACTLY when he said he would, and executed my vision perfectly with zero edits. To say I'm happy would be the understatement of the year. Definitely will be doing more business with Licarto!
- Production Staff

Finalist - Sergey Gudz
Sergey always goes above and beyond for a project! High quality work!
- msvaldez

I am looking to find more readers.

I'm looking for a full paperback and ebook cover for my novella "Breaking Through" which is the first book in my "Second Star" series. There are two books currently available with the third almost finished and a fourth (and final) book in planning/production.

What I am looking for is a full cover (for paperback) book cover, that has a concept art feel, which conveys action and tension. I would like to see maybe an action scene where the characters below are running away from the soldiers chasing them, and maybe Bella blasting one of the aircrafts with her weapons. *see description below

I'd like to see something stylistically done with the subtitle so it isn't just words under the title.

Then of course my name "Josh Hayes" on the bottom of the cover.

Second Star is a science fiction re-imagining of the classic Peter Pan and Neverland adventure. Neverland is a futuristic planet, Pan is the bad guy and the Lost Boys fly using anti-gravity body harnesses. (these harnesses emit glowing green and yellow hued bands that flow around the person flying)

In the first book, John (a fighter pilot from Earth's near future) is sucked through a portal in the middle of the sky and into Neverland, where he is found by Michael and Tom. They must then evade heavily armed Regency soldiers (Pan's men) as they try and hunt them down. The first thing they do is jump from a floating refinery about the city (Michael carries John on his back) and all three fly down to the city below.) It is a very large city, home to a few million.

The aircraft I imagine have the body style of maybe a blackhawk helicopter, with two powerful engines mounted on struts on either side of the aircraft.

John, Michael and Tom destroy one of these as they escape capture and when they are cornered atop an old parking garage they are saved by a teenage girl, Bella, (whose hair is burnt orange and in pigtails and she is very feisty) and she has a "tri-barrell" beam weapon that blasts the enemy aircraft out of the air.

Precipice - Book Cover for a Mystery/Suspense novel
299 $US
160
entries
23
designer graphistes
RED PLANET – need your skills and imagination. Create a book cover for a famous Scifi novel
€ 279
Publisher of fantasy and horror novels, science-fiction literature as well as game books and role-playing games.......
64
entries
24
designers
Book cover: "The Warrior Mind" - Spartan Helmet or Warrior Helmet Graphic
$ 299
The 30 Day Plan to Overcome Information Overload and Achieve Any Goal
225
entries
44
Designer
The Girl Who Stopped Lying book cover
499 US$
We publish books for the Swedish market. Our books has a Christian message but our books are targeted for everyone....
91
entries
39
designers
Book Cover for a Young Adult Science Fiction Thriller
199 £
An independent book publisher of Science Fiction and Adventure for Young Adult and Teen readers....
129
entries
16
Designer
Create a compelling non-fiction book cover on autograph collecting
US$299
I run a website, facebook group and write articles on the hobby of autograph collecting, both in person at baseball/f...
35
entries
8
designers

Get started now
Dark Romance Erotic Cover; Title is Buttons and Lace
1 199 $US
Dark Romance Novels...
134
entries
21
designer graphistes
My River Sanctuary book cover
399 AU$
Independent book publisher (individual)...
20
entries
12
Designer
June Jenson and the Coins of Cassidy Book Cover
CA$399
Emily Harper is the bestselling and award winning women's fiction author of White Lies, Checking Inn, My Sort-of, Kin...
53
entries
9
designers
"The Critic," a literary thriller needs a killer book cover!
USD 299
Hello Designers! I am looking for a book cover. It falls under the literary genre, but with a thriller element. M...
73
entries
22
designers
Design book #1 in the highly-anticipated ParentNormal humor book series
US$ 299
My name is Chris Cate. I’m a parent of three kids, and my parenting humor has been featured on the Huffington Post, B...
71
entries
9
diseñadores
Eye-Catching Vampire Novel Cover
279 €
The book is a Vampire Novel. The aiminggroup should be mainly females between 25-45....
169
entries
31
designer graphistes
Learn more about book or magazine cover design
See how it works