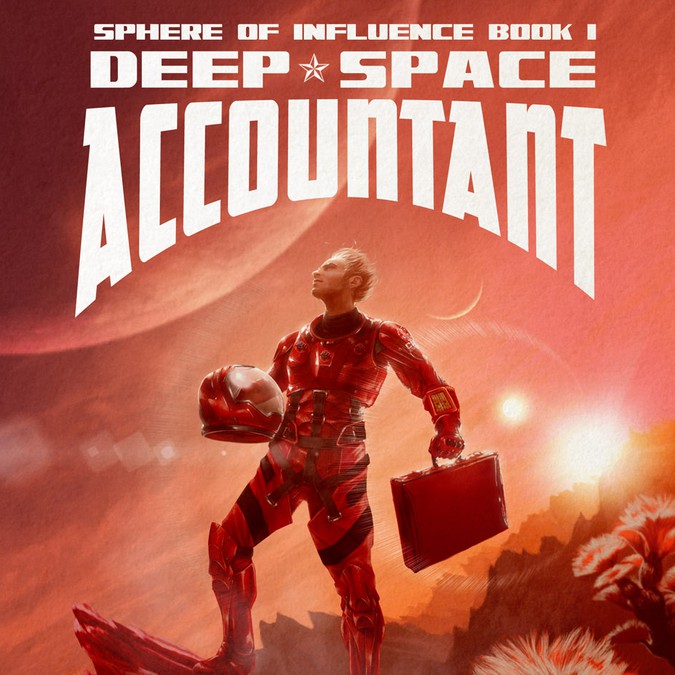 Mjkewood needed a new book or magazine cover design and created a contest on 99designs.

A winner was selected from 50 designs submitted by 15 freelance designers. 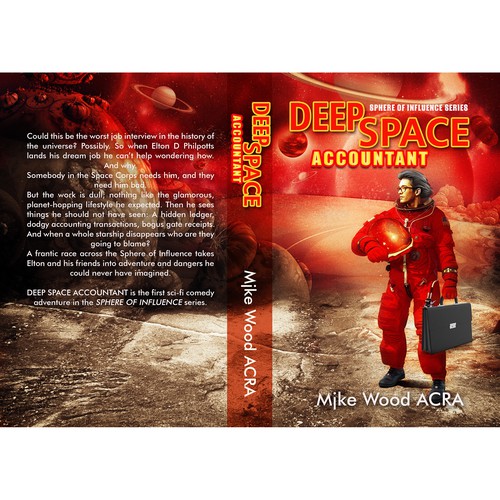 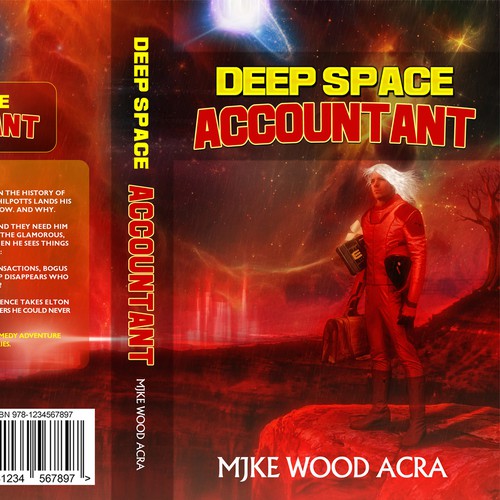 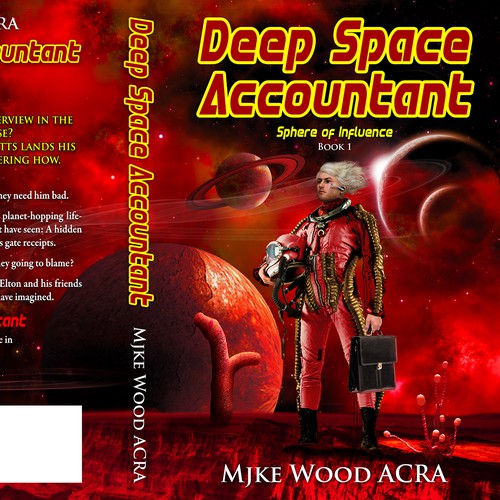 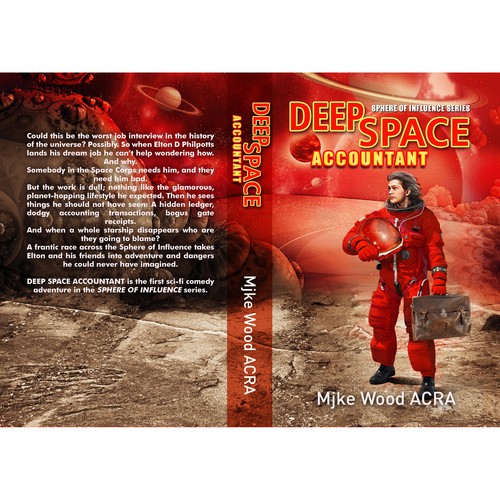 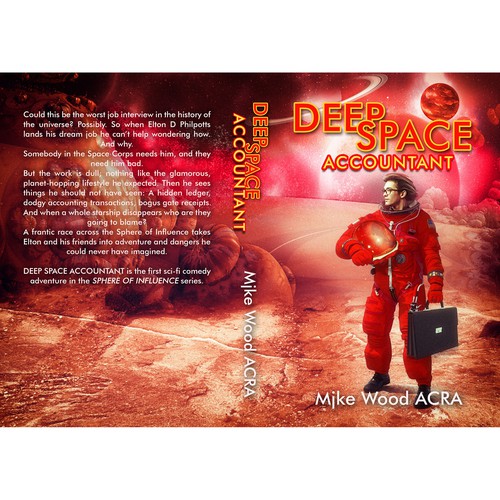 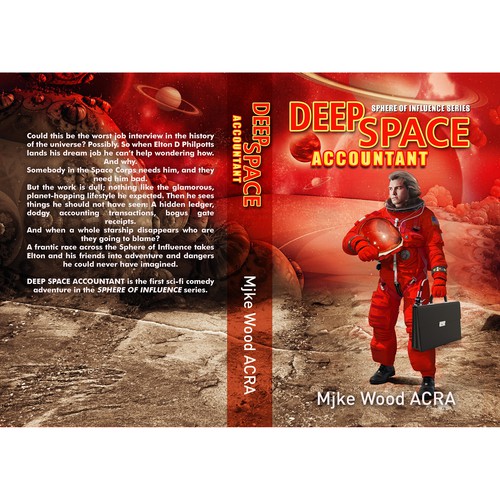 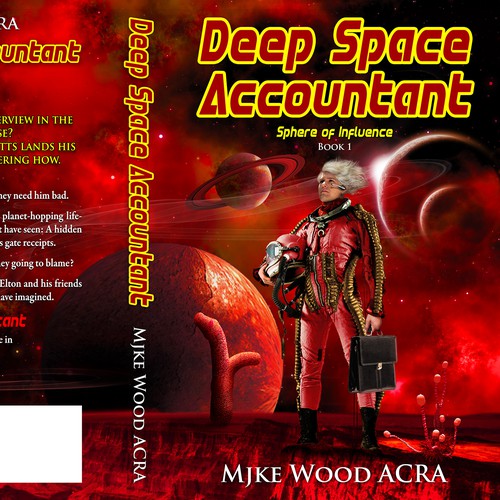 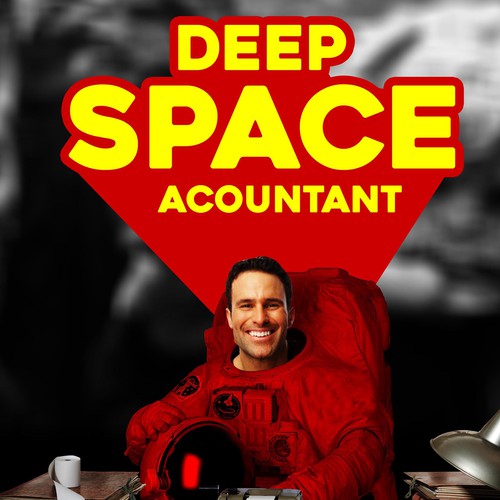 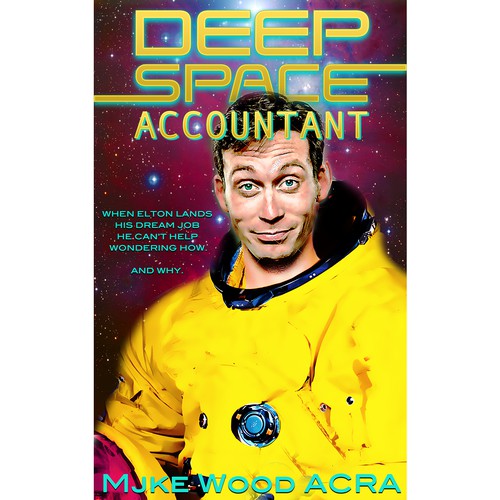 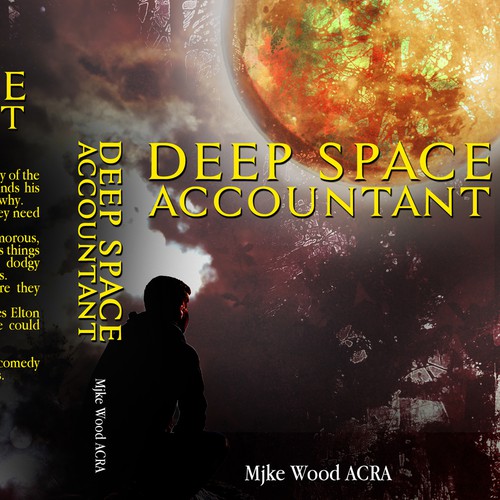 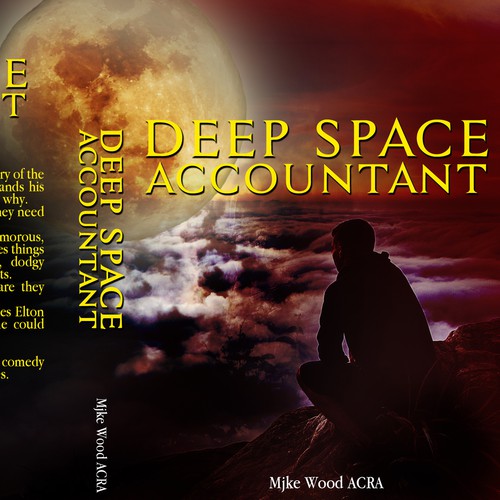 Finalist - Mario Lampic
Fantastic design concepts, quick production, and very responsive to my many, many small tweaks. I would definitely work with him again.
- jwwalker

I'm an indie author. I have a travel book on Amazon/iBooks/Kobo with a 99d designed cover under the Mike Wood by-line. As Mjke Wood I am an award winning author of science fiction short stories. This project will be my first novel length science fiction, and the first in a series.

I'm looking for a cover for my novel, Deep Space Accountant. I require a full paperback format: front, back and spine, plus an e-book version suitable for Amazon, iBooks, Kobo and generic e-pub. Deep Space Accountant is the first of at least three books in the Sphere of Influence series. The tone is science fiction light humour. I have a mental image of what I would like, perhaps best described via an excerpt from the first chapter, where the protagonist is shown an advertisement in an accounting magazine which provides the springboard to forthcoming events:
<<There was a picture of a handsome young man in a red space suit (yellow was the Space Corps suit colour but artistic licence was in abundance here). His helmet was tucked under his arm. His hair, star-bleached, was blown backwards by the electron wind. In his hand he carried an ancient and preposterous leather briefcase. He was taking a step towards a cliff edge on what was clearly an alien world, for the sky was red and boasted a veritable menagerie of suns, moons and ringed planets. And there were alien trees. Red, of course. The trees were the clincher, because there were no trees, of any colour, anywhere in the Sphere. This was truly a unique and tantalising world.
Splashed across the top of the page, in red-and-yellow Buck Rogers font, were the words:
DEEP SPACE ACCOUNTANT
Walther stabbed a finger down on the page.
“This is for us, Elton. Look at it. Deep space. You’d get your ACRA letters with this gig, that’s for sure. Isn’t this why we came here, to Tsanak? Picture yourself in that spacesuit, on that hilltop. Think of the girls you could pull in an outfit like that.” >>
I have no idea what the 'Buck Rogers font' might look like. I'll go with whatever fits best. Elton is the book's protagonist, and towards the end of the story the scene from the advertisement is played out for real, on a far-off alien world. In the later version there are small differences: Elton's hair is actually black, the spacesuit would be yellow, he is holding an ancient calculator, there are no trees and not so many planets in the sky. The cover could illustrate either the earlier ad or the later scene or have elements from both.
I'm looking for something approaching a photo-realistic image, not cartoon/comic book, and while I've described the scene from the book in detail, I'm happy for it to be interpreted with plenty of freedom, so long as it captures the essence of a heroic spaceman/accountant.
Deep Space Accountant will the first in the Sphere of Influence series. The second book is written, in first draft form, and a third is in the pipeline. Given a strong cover design, I would be keen to work with the successful designer on each of the follow-up books in order to maintain a consistent style.

The paperback version will be produced via Createspace in the format 5.06" x 7.81" with a 0.9925" spine (397 pages, cream). Glossy cover. The image should be a single pdf file of at least 300dpi and all fonts should be embedded. I have attached a document from Createspace giving full details of bleed and live area dimensions.
The by-line should read Mjke Wood ACRA
Cover blurb - text to appear on the rear cover:
<< Could this be the worst job interview in the history of the universe? Possibly. So when Elton D Philpotts lands his dream job he can’t help wondering how. And why.
Somebody in the Space Corps needs him, and they need him bad.
But the work is dull; nothing like the glamorous, planet-hopping lifestyle he expected. Then he sees things he should not have seen: A hidden ledger, dodgy accounting transactions, bogus gate receipts.
And when a whole starship disappears who are they going to blame?
A frantic race across the Sphere of Influence takes Elton and his friends into adventure and dangers he could never have imagined.

Deep Space Accountant is the first sci-fi comedy adventure in the Sphere of Influence series.>>

Horror artistry wanted for book cover.
$299
It's a book for late teens and adults. It's a dramatic horror book. Similar to THE WALKING DEAD except there is no ...
60
entries
12
designers
Create a new cover to relaunch a highly reviewed Captain Hook novel
$299
I write dark fantasy books for (65% male) readers from 15-32 years of age....
85
entries
25
デザイナー数
Can you create the first eye-catching front cover for a series of sci-fi/adventure/romance novels?
539 £
Amazon bestselling author of contemporary women's fiction targeted at women in the 25-55 age group...
305
entries
42
designer
RED PLANET – need your skills and imagination. Create a book cover for a famous Scifi novel
279 €
Publisher of fantasy and horror novels, science-fiction literature as well as game books and role-playing games.......
64
entries
24
designer graphistes
Book cover: "The Warrior Mind" - Spartan Helmet or Warrior Helmet Graphic
$299
The 30 Day Plan to Overcome Information Overload and Achieve Any Goal
225
entries
44
designers
I want to build a lasting business relationship with ALL of my clients.
£199
Author, writer of action, crime thrillers. Target audience will be fans of the genre (ie NOT YA sci-fi and fantasy r...
58
entries
13
designers

Get started now
The Centaur Chronicles, written by award-winning author, needs a fabulous, eye-catching cover!
499 US$
I write fantasies and novels for Middle-grade and Young Adult...
66
entries
17
designers
Book Cover for a Young Adult Science Fiction Thriller
199 GBP
An independent book publisher of Science Fiction and Adventure for Young Adult and Teen readers....
129
entries
16
diseñadores
Epic Fantasy Novel Cover
$299
I am an independent author that tries to write epic fantasy novels!...
56
entries
8
デザイナー数
June Jenson and the Coins of Cassidy Book Cover
CA$399
Emily Harper is the bestselling and award winning women's fiction author of White Lies, Checking Inn, My Sort-of, Kin...
53
entries
9
デザイナー数
"The Critic," a literary thriller needs a killer book cover!
$299
Hello Designers! I am looking for a book cover. It falls under the literary genre, but with a thriller element. M...
73
entries
22
designers
Design book #1 in the highly-anticipated ParentNormal humor book series
$299
My name is Chris Cate. I’m a parent of three kids, and my parenting humor has been featured on the Huffington Post, B...
71
entries
9
designers
Learn more about book or magazine cover design
See how it works