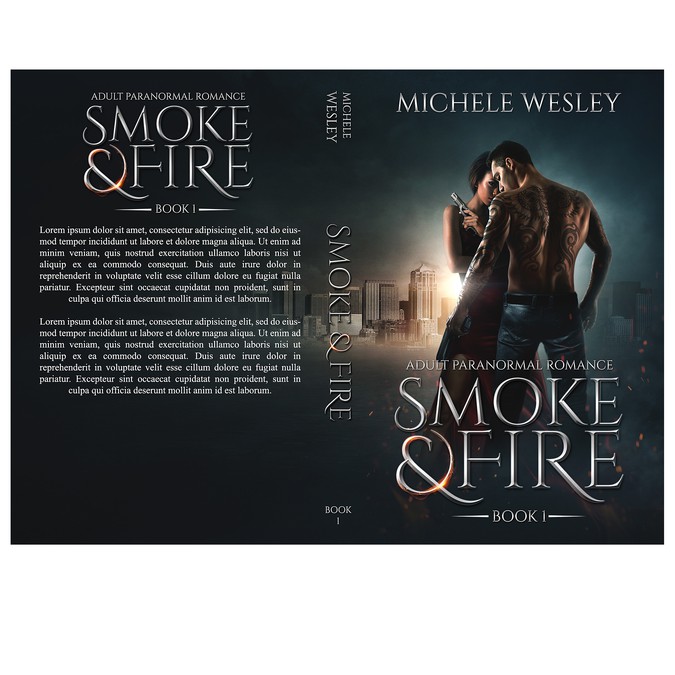 Momentcapturer needed a new book or magazine cover design and created a contest on 99designs.

A winner was selected from 28 designs submitted by 9 freelance designers. 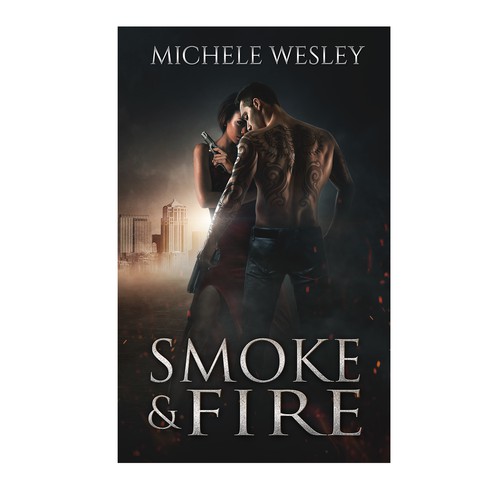 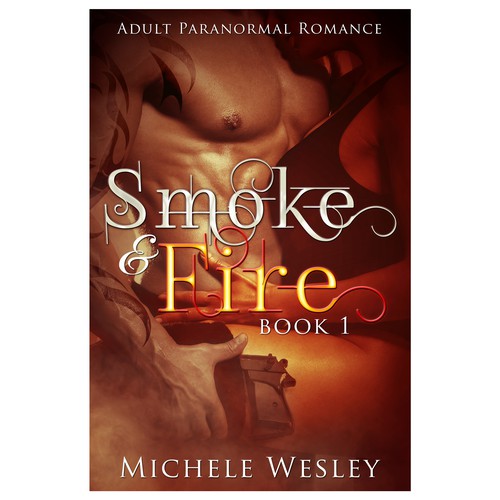 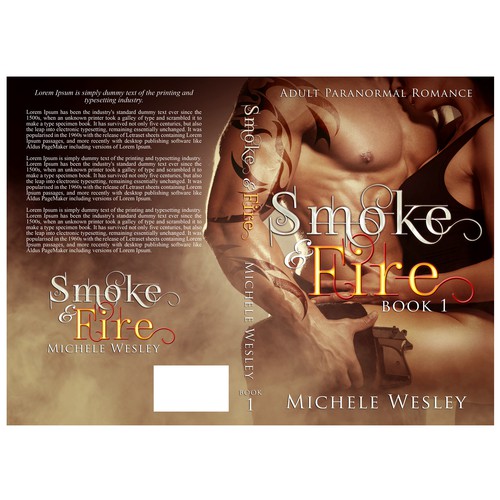 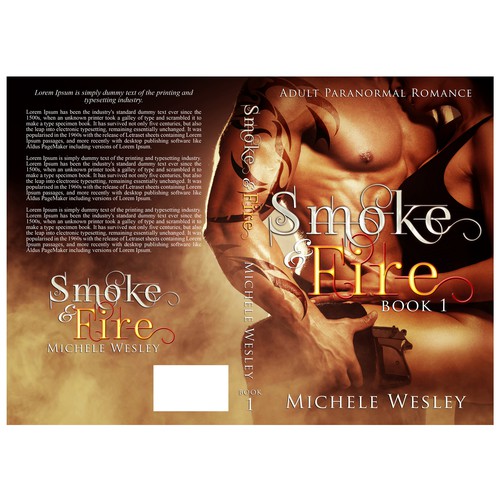 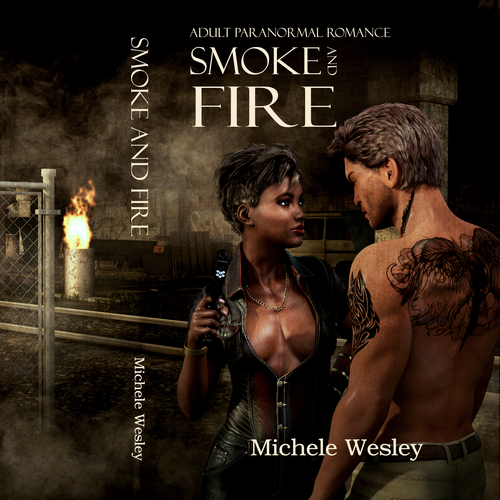 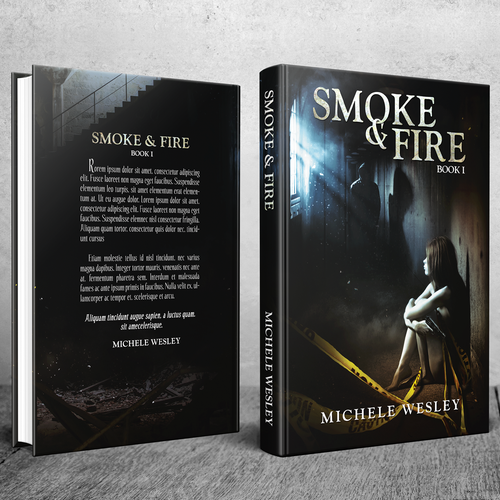 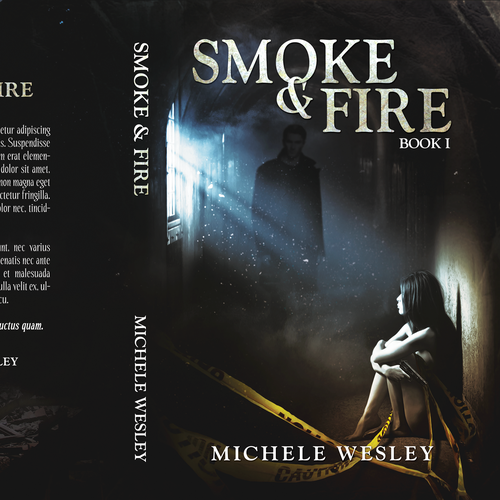 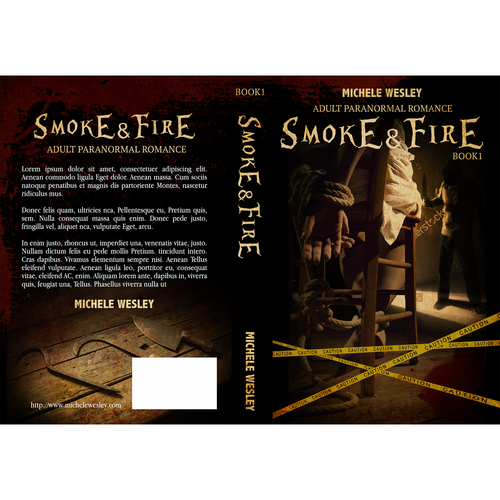 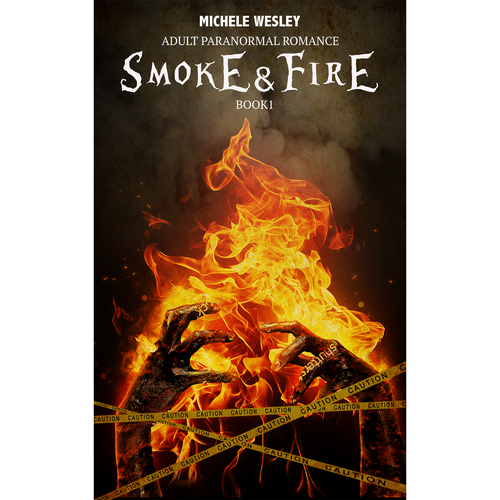 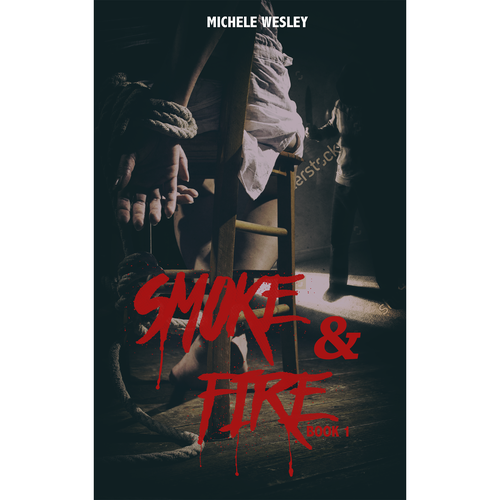 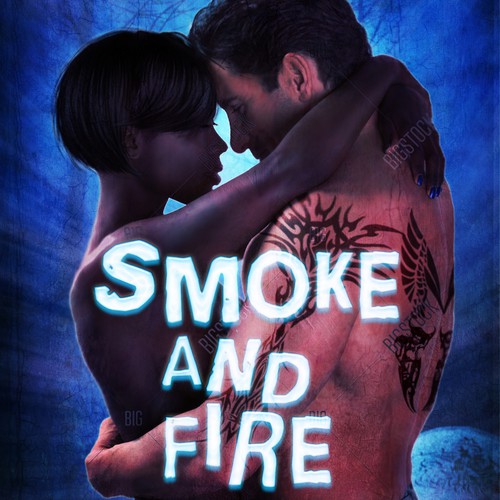 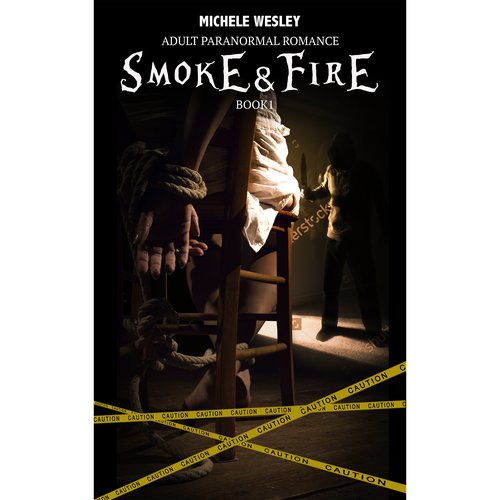 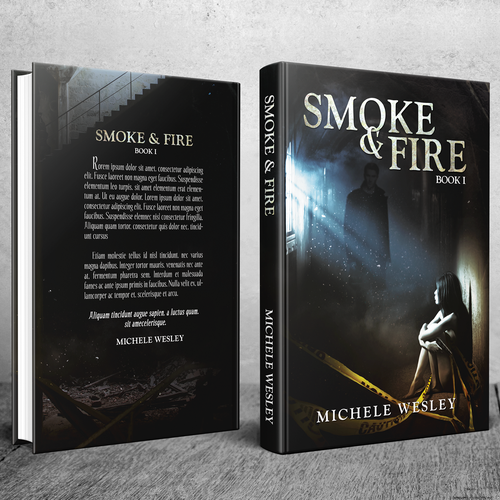 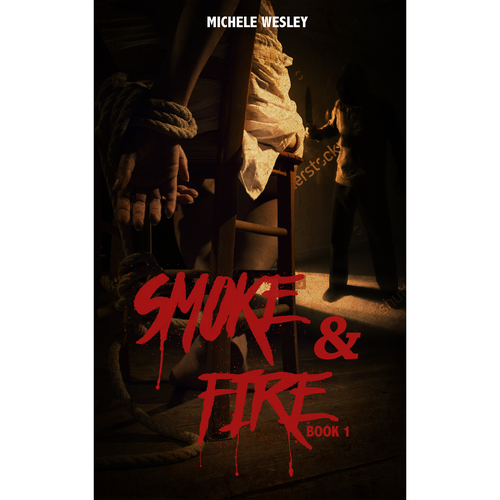 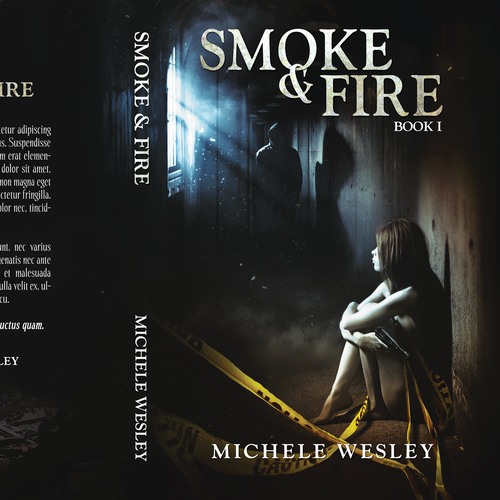 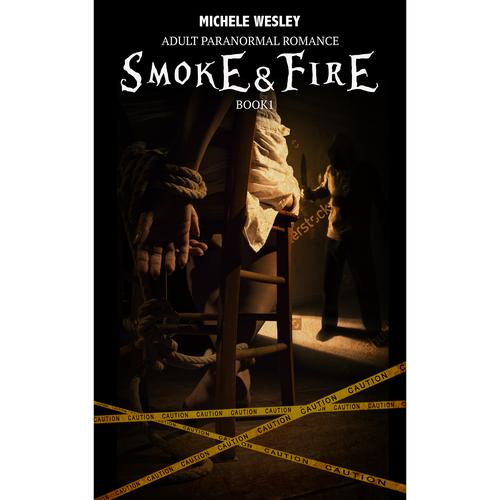 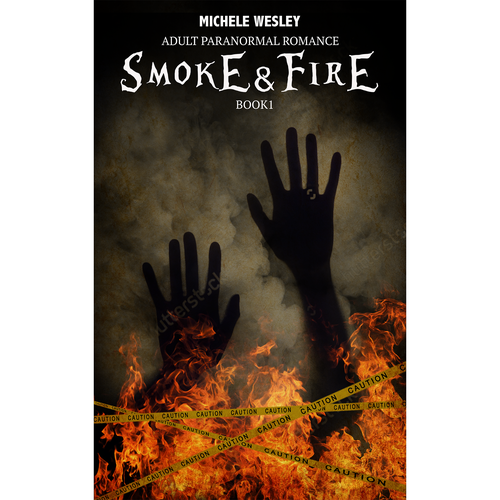 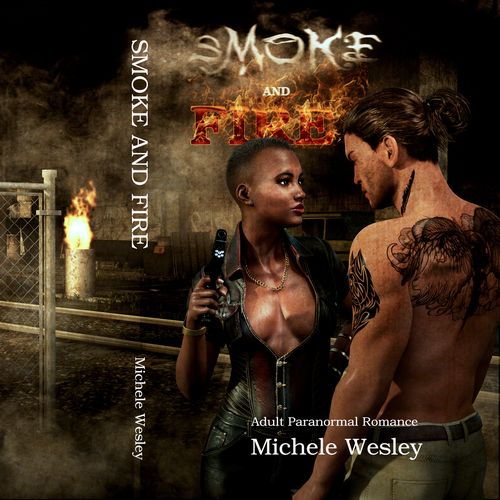 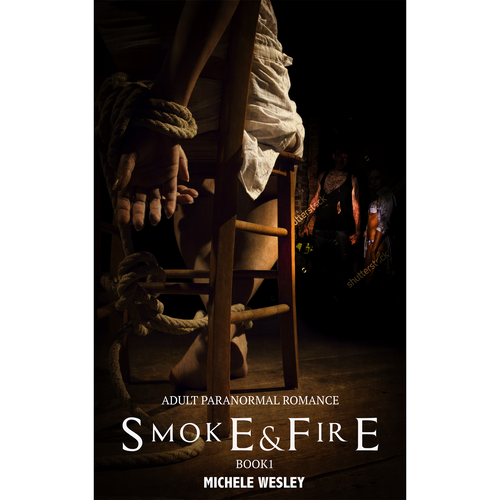 Winner - Betelgeuse
The only thing Betelgeuse had to do was to send a single design, one day before deadline. The image immediately stood out for me, as it did for all the people who saw it. Betelgeuse has such a mastery of color, light, composition and style that he didn't have to fill the space with useless design elements. Believe me: if Betelgeuse accepts to design a book cover for you, you are a lucky person!
- guyLd

Finalist - Biserka Design
Always a pleasure to work with this provider.
- bdmayer2002

I have attached several cover ideas that you can work from:

Book Cover Ideas #1:
This book cover is based on an African-American female spy with supernatural abilities, her partner and romantic interest is a Caucasian male with abilities of his own.
I have attached an idea that I believe captures this the female character. She's beautiful, but deadly and should not be crossed. Please do not make an exact copy of the attached example as I do not wish to steal this artist's work. This is only an example to pattern my cover after. This is a paranormal book so I believe the background should be dark; like a dark alley, dungeon type place, dirty basement etc…
Idea: The protagonist is wrapped or tangled in caution tape. She is being dragged away by a huge menacing dark figure who is using the caution tape she'd wrapped in to drag or tie her up.
Idea: The protagonist is wrapped or tangled in caution tape. She is tied or taped to the wall, a chair, or the floor pointing a weapon at whoever's taken her or plans to torture her.
Please don't be afraid to be creative with the caution tape.

Book Cover Ideas #2:
I have attached some ideas for the pose that I believe captures the main characters. The characters have a magnetic sexual and romantic chemistry, but are deadly, dangerous, spy types with supernatural abilities so they should have guns, knives, etc… The female can even have a knife strapped around her thigh. (Please, no dreadlocks for female hair, the character actually has shorter hair (a bob or cut pixie cut if possible.) Male character is (Caucasian) and hot and sexy. If shirtless, I prefer the male have a lot of kick-ass tattoos on his back. If he has on a shirt, some tattoos on his arms perhaps. I don't like full facial shots (due to keeping the reader's imagination), therefore I prefer their faced remain in profile. The male can have a gun in his hand as well. Work some flames and smoke or something that gives it a supernatural vibe into the background. Please don't be afraid to be creative with the background, character pose, etc... you can even show part of their faces at the top of the cover as long as there is sexy and weapons.

I encourage cover artists to used their imaginations on this one. Here is a brief summary of the book. I'd like to see what you create.
Summary:
Cheating death gave Sori the ability to switch off her emotions at will, making her the ultimate killing machine. Recruited into a top secret spy organization, she quickly becomes one of their best agents. An assignment leads her into a world of mayhem as she trails the deadliest criminal she's ever had to hunt. Forced to unleash her inner-monster, Sori realizes that her emotional switch is minor compared to the beast she keeps hidden within.
Agent Mycale Phillips' is new to the spy world, but his reputation is deadly. His attraction to Sori is instantaneous. As her new partner, he discovers that Sori leaves a trail of bodies no matter where she goes. Following Sori's lead spikes Mycale's body count, but he soon learns that a touch of evil is necessary for survival in a world of Smoke & Fire.

Will secret abilities they are determined to hide from each other be enough to pull them from the clutches of Death?

Artist: Thank you in advance for your time and hard work.

If my notes are unclear, please don't hesitate to send me an email.

Create a new cover to relaunch a highly reviewed Captain Hook novel
$299
I write dark fantasy books for (65% male) readers from 15-32 years of age....
85
entries
25
designers
Can you create the first eye-catching front cover for a series of sci-fi/adventure/romance novels?
£539
Amazon bestselling author of contemporary women's fiction targeted at women in the 25-55 age group...
305
entries
42
designers
Create an intriguing American Civil War novel cover
799 US$
I write American Civil War novels for ages teen through adult for the US market....
56
entries
18
designers
I have an awesome sci-fi book! can you make an awesome scifi book cover?
$ 400
Need a kick-butt book cover for the second book in my post-apoc sci-fi series. Are you a scifi artist? Jump on in!
127
entries
25
Designer
Romance Writer needs first cover in a series. Series will be SIX books total.
CAD 399
New Adult Romance author - romance readers - women 21-60...
97
entries
25
diseñadores
Create a Beautiful, Custom E-Book Cover For an Inspirational Christmas Story.
$799
I'm a writer who has just finished (re)writing a fiction book I plan to put out on Kindle. I also plan to have it out...
76
entries
22
diseñadores

Get started now
Create a compelling non-fiction book cover on autograph collecting
$299
I run a website, facebook group and write articles on the hobby of autograph collecting, both in person at baseball/f...
35
entries
8
designers
Need a cover for an anthropomorphic animal fantasy
$299
My book, Saraynea, is a fantasy adventure featuring anthropomorphic animals in a world inspired by Asian environments...
43
entries
19
designers
Design a book cover that transcend time and space for a scifi adventure
USD 299
Book publishing, entertainment and media. Development of a book series in science fiction and fantasy along with a sc...
54
entries
14
designer
June Jenson and the Coins of Cassidy Book Cover
399 CA$
Emily Harper is the bestselling and award winning women's fiction author of White Lies, Checking Inn, My Sort-of, Kin...
53
entries
9
designers
Design book #1 in the highly-anticipated ParentNormal humor book series
$299
My name is Chris Cate. I’m a parent of three kids, and my parenting humor has been featured on the Huffington Post, B...
71
entries
9
デザイナー数
Eye-Catching Vampire Novel Cover
€279
The book is a Vampire Novel. The aiminggroup should be mainly females between 25-45....
169
entries
31
designers
Learn more about book or magazine cover design
See how it works